Former FCA chief set to join EY as a partner 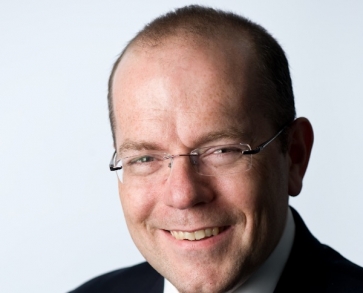 Former interim FCA chief Christopher Woolard is to take up a partnership role at financial and accountancy consultancy giant EY in April.

He will spearhead EY's EMEIA financial service regulation services and chair EY’s Global Financial Services Regulatory Network among other duties. Whilst he will be based in the UK, his remit will be global.

He had been acting as interim CEO after former chief Andrew Bailey stepped down to become Governor of the Bank of England in March 2020.

Before joining the FCA, Mr Woolard held roles in Ofcom, the BBC and the UK Government.

On his new appointment, Mr Woolard said: "I am delighted to be joining EY at such a key point in time for financial services here in the UK and across the world. As the industry faces a series of global challenges including the effects of COVID-19, rapidly changing technology, and acting with environmental and social purpose, there will rightly be focus on how policy is formed and put into action, conduct and compliance is upheld, and how governance is maintained and improved upon. Navigating this landscape will be essential to a successful and sustainable market."

He replaces John Liver who has been an EY Partner since 2005 and will be retiring in September 2021.

In his final speech as interim FCA CEO in September, Mr Woolard urged the UK to seek a new regulatory model as it faces up to some ‘painful lessons.'

He said the FCA was at a regulatory “cross-roads” and needed to build a new regulation model.

Mr Woolard was awarded a CBE in the New Year Honours List for services to financial regulation and financial technology innovation.

Following his departure from the FCA, he chaired a review for the regulator into the unsecured credit market. The published review at the start of this month called for so-called ‘buy now pay later’ firms to be brought within the remit of FCA regulation.

More in this category: « Cockburn Lucas expands women's planning service 1 in 4 adults hit financially by pandemic - FCA »
back to top