Adviser to pay out for second time over UCIS investments 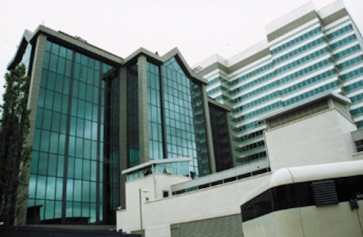 Offices for the Financial Ombudsman Service

Financial advice firm Professional Financial Services (PFS) has been ordered by the Financial Ombudsman (FOS) to pay out after advising a client to invest in an unregulated collective investment scheme.

The FOS has ruled against Professional Financial Services and their recommendations to invest in unregulated collective investment schemes before.

In November 2016, the ombudsman ruled against the advice firm over advice they provided to trustees of a SSAS pension scheme to invest £150,000 in a “very narrow, highly specialised fund” which invested in a small number of nursing homes in Germany.

The trustees had told the FOS they thought the fund was “too high risk” and the ombudsman agreed the advice was “unsuitable” and the firm should compensate the SSAS as a result.

For the most recent case, the client complained to the Ombudsman after he was advised by PFS to invest in a UCIS (Waste to Energy Partnership) via his SIPP.

It was the second such investment made by the SIPP and meant that, other than cash, his entire SIPP now constituted UCIS investments.

He argued that the investment was unsuitable for his needs.

Ombudsman Nina Walter found the advice was unsuitable and ordered the advice firm to compensate the client to put him in the position should he not been advised to invest in the UCIS.

The advice firm had argued that the client, Mr C, had referred his complaint outside the regulators time limit and therefore it should be dismissed.

In December 2017 the client complained to PFS, saying the investment had been too high risk and not suitable for him. When his representatives were dismissed by the advice firm, he decided to complain to the ombudsman.

Despite PFS’ arguments, the ombudsman decided that the complaint had been made within an acceptable time to investigate.

Having started a SIPP in 2007, Mr C transferred £82,786 from two personal pension plans with Aviva into the SIPP in May 2010. After taking a tax-free lump sum a few months before, in August 2010 he invested £50,000 in his SIPP into UCIS the Waste to Energy Partnership.

The investigation found that PFS likely recommended the investment which as a UCIS was high risk and not suitable for Mr C given his attitude to risk, investment experience and that he had already invested a large amount into another UCIS three years earlier.

As a result the ombudsman ordered PFS to “put Mr C as close as possible into the position he would probably be in now if he had been given suitable advice.”

Professional Financial Services is a dissolved partnership therefore the ombudsman said the former partners are “jointly and severally” liable.

However, one of PFS’s former partners said he should not be liable to compensate the client as he did not give him the initial advice. He argued he met with Mr C in 2013 to discuss his pension after the original adviser (the other former partner of the firm) could no longer give advice. He argued that Mr C had confirmed he understood the illiquid nature of the UCIS investment and the risks involved.

However, the ombudsman said it was clear that Mr C did not have the “investment experience, attitude to risk or capacity for loss” for a non-standard and specialist investments, particularly as he already held another UCIS investment.

Ms Walter concluded “PFS shouldn’t have recommended Mr C to invest into WTEP as it was clearly not in his best interest” and ordered the firm to compensate him as quickly as possible. She said it was up to the former partner to organise how to do this.

The firm was also ordered to pay Mr C £250 in compensation for the trouble caused by the unsuitable advice.