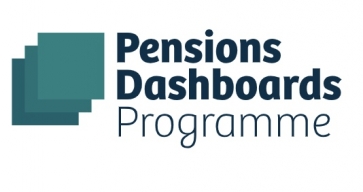 The Money and Pensions Service has made three senior appointments including a new Pensions Dashboards programme director and a new chief finance officer.

Pensions Dashboards, an all-in-one online location for details of pension savers’ retirement pots, are due to be available to pension savers from 2023 although programme set up will start early this year.

MAPS is a government-funded body designed to promote good consumer personal finance habits and it has also been tasked with launching the Pensions Dashboards.

Mr James has spent 23 years in the public sector working in operational, finance, policy, and transformation roles at the Department for Work and Pensions, Inland Revenue, HM Treasury, and HMRC.

He has 12 years experience in senior programme delivery roles and has worked on the introduction of digital Personal Tax Accounts and changes to support the UK’s exit from the European Union.

He said: “I’m delighted to be joining MAPS to continue the work being done by the Pensions Dashboards Programme.

“It’s an exciting opportunity to contribute towards this hugely important piece of work, which will play a central role in equipping people to understand and to take control of their retirement planning.”

Also joining the MAPS board and executive leadership team from April is the new chief finance officer Mal Singh. He has worked in senior finance roles in digital, welfare reform, operations and strategy.

He most recently worked at BPDTS, a digital technology company which was set up to provide specialist digital technology services to the Department for Work and Pensions (DWP), where he has been chief finance officer and a member of the board since April. Before joining DWP he worked at the Treasury.

Also joining is Mark Gray, who has been appointed on a permanent basis as chief risk officer.  He has been interim Risk, Compliance and Assurance Director on an interim basis since June 2020 .

His previous experience includes working as the chief risk officer at the British Business Bank, advising the Nuclear Decommissioning Authority and the Land Registry .

Caroline Siarkiewicz, MAPS CEO, said: “I’d like to welcome Mal, Mark and Richard to the team at such an important time for MAPS, as we play a critical role in supporting customers throughout the UK whose financial situation has become more uncertain as a result of the pandemic.”

More in this category: « 1 in 3 advisers expect growth in younger clients M&G selects new CEO of Ascentric platform »
back to top