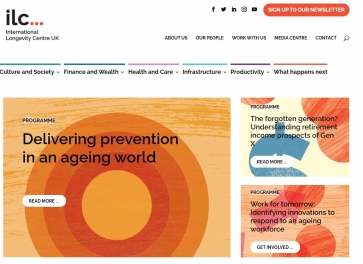 One in five of Generation X are now saving less or spending down their retirement savings as a result of the Coronavirus pandemic, according to a new report.

Nearly one in three of Generation X (those born between 1965 and 1980) are at significant risk of have inadequate income in retirement, according to the report from the International Longevity Centre UK (ILC).

According to the report, nearly half (46%) of Generation X have a defined contribution pension, but most are not contributing enough to fund a comfortable retirement.

Over half of Generation X (57%) surveyed by the ILC wanted to save more money for retirement but cannot as they straddle multiple financial pressures, volatile incomes and competing priorities.

As a result one in three said they do not feel confident about planning for retirement.

One in three also said they are not confident they will be able to work for as long as they need to fund their retirement. Many planned on working for longer to make up for shortcomings in savings, but the report waned many may not be able to do so as the pandemic has exacerbated existing inequalities due to poor health, caring responsibilities and age discrimination.

Sophia Dimitriadis, research fellow at the ILC, said: “Generation X are heading for trouble. Too many Gen Xers simply can’t afford to save as much as they need to or are juggling too many other priorities to know where to start. And Covid has just made things worse, with lots of people having to dip into their pension pots to make do in the short term.

“Retirement planning is a marathon not a sprint – but many Gen Xers are hitting the second half of the marathon without a plan as to how to reach the finish line.”