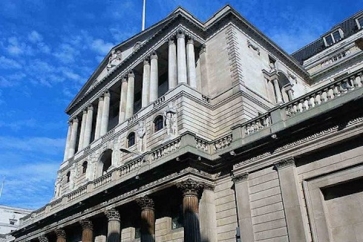 Representative LIBOR rates will mostly be axed by the end of the year.

LIBOR (the London InterBank Offered Rate) is a benchmark rate which reflects the rate major banks lend to each other for short term loans.

It is often used as a benchmark for setting other rates such as mortgage rates. It’s end has been widely flagged.

The FCA announced this week the dates after which representative LIBOR rates will no longer be available.

The FCA said: “This is an important step towards the end of LIBOR, and the Bank of England and FCA urge market participants to continue to take the necessary action to ensure they are ready.”

LIBOR rates will no longer be representative immediately after 31 December for all sterling, euro, Swiss franc and Japanese yen settings and the 1-week and 2-month US dollar settings.

The FCA says it does not expect that any LIBOR settings will become unrepresentative before the relevant dates set out above. Alternatives to LIBOR rates will be published instead.

The Bank of England and the FCA have made it clear over a number of years that the lack of an active underlying market makes LIBOR unsustainable, and unsuitable for the “widespread reliance” placed on it.

They have worked with market participants and regulatory authorities around the world to ensure that “robust alternatives” to LIBOR are available.

FCA CEO Nikhil Rathi said: “Today’s announcements provide certainty on when the LIBOR panels will end. Publication of most of the LIBOR benchmarks will cease at the same time as the panels end. Market participants must now complete their transition plans.”

Bank of England Governor Andrew Bailey said: “Today’s announcements mark the final chapter in the process that began in 2017, to remove reliance on unsustainable LIBOR rates and build a more robust foundation for the financial system. With limited time remaining, my message to firms is clear – act now and complete your transition by the end of 2021.”