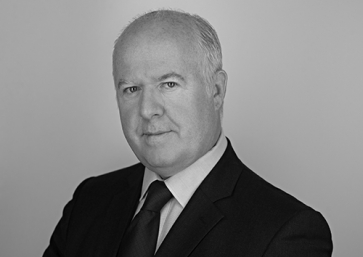 The Beatles’ famous song ‘When I’m 64’ includes the lines “Will you still need me, will you still feed me, when I’m 64?” It’s a question many have asked but the answer, at least from a State Pension point of view, is increasingly a resounding no.

I was reminded of the song this week after reading a troubling report from the TUC about the growing number of people who are forced out of the workforce in their late 50s and early 60s due to illness and have to wait until they are nearly 67 to get the State Pension.

I would have guessed this was a handful of people. It’s not. As the TUC found when it analysed ONS Labour Force Survey and DWP data, it’s now well over half a million people who are out of work between 60 and 66 and are unable to claim the State Pension because they are too young.

Overall the TUC found that 1 in 8 people (12% of the total) are forced to stop working through ill health before State Pension Age. This could be due to long term ill health, disability or other sickness-related reasons.

As the State Pension Age gets pushed further back to 68 in due course - or even higher - it’s a problem that’s likely to worsen, catching out more and more people.

Of course, there are good reasons to raise the State Pensions Age (SPA). We have an ageing population and the cost of the State Pension, which is ultimately met by taxpayers, has to be kept under control to avoid destabilising the economy. I get that but there has to be a better way, particularly with the Coronavirus pandemic in mind and the long term impact it could have both economically and on people’s health.

It’s worth bearing in mind, that many people are adjusting, reluctantly or not, to having to work longer. As the SPA has risen, between 2000 and 2020 the average exit age for men from the workforce increased by almost two years from 63.3 years to 65.2 years. For women the increase was just over three years, from 61.2 years to 64.3 years. These do not sound much but are remarkable changes in a relatively short time. Even so there is still a gap to the SPA.

So why do I say there has to be a better way?

The problem is that the SPA is a blunt instrument. The TUC found in its research that while only 1 in 20 professionals had to quit work for health reasons before the SPA arrives, for lower income workers in jobs like cleaning and care, the figure was 1 in 3.

There are also strong regional variations. While in the South West only 1 in 12 people aged 60 to 66 have left work, in Northern Ireland it’s 1 in 5. It’s 1 in 6 in the North East.

When it comes to retirement, the government has a notional image, I’m convinced, of a well off middle class couple skipping to their retirement day in their sixties with private pensions kicking in during their early 60s and the State Pension providing the cream on the cake in their later 60s.

The fact is this is not a reality for a substantial minority of the population.

The government is also obsessed about the Triple Lock which is great in principle but if you are in poor health, aged 62 and relying on the State Pension to keep you going you’ve got a very long wait for financial comfort, Triple Lock or not. Of course there are other benefits people can access such as sickness and jobless benefit, carers’ allowances and so on but these are often means-tested. The State Pension is a right and many people still rely on it.

The TUC believes a range of measures is needed to tackle this growing issue needed including increases to the SPA beyond age 66 shelved so that a commission can investigate the impact and the alternatives.

The SPA may no longer be fit for purpose and indeed may be encouraging millions to rely on a State Pension which no longer does its job. It cannot be sensible that many people will be penniless when their State Pension kicks in. Time for reform.