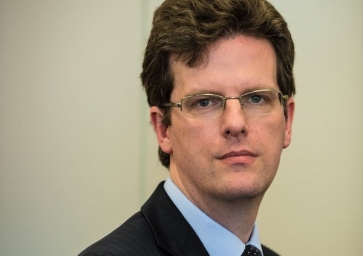 The chief executive of the Association of Investment Companies, Ian Sayers, is to step down later this year after more than 11 years in the role.

He became chief executive in January 2010, having joined the association as technical director in November 1999.

He will stay on while a hunt for a new chief executive takes place. The search will be conducted by consultants Odgers Berndtson.

During his tenure assets in the investment company sector have risen from £85bn in 2010 to £237bn today.

The AIC has seen a number of senior changes this year with a new chair announced in January, Elisabeth Scott.

The AIC says it hopes to announce a new CEO before the end of the year.

The AIC says that among his achievements have been calling for a change in company law to allow investment companies to buy back their shares and successfully campaigning for the abolition of commission on investment products which led to the Retail Distribution Review (RDR).

Mr Sayers said: “It has been an honour to lead the association over the past eleven years and I would like to thank the board of the AIC. I have been fortunate to lead the AIC during a period when the sector has gone from strength to strength and work with a team which is not just the best in its field but also great fun to work with.

“I have been involved with the sector for over 20 years now and believe investment companies are the best vehicle for delivering long-term capital growth and a reliable income. I have made many friends in the sector over this time, and most of all have been struck by how they share the same passion for investment companies and commitment to helping shareholders meet their financial goals.

“It will be difficult to leave, but I look forward to working with the board to ensure a smooth transition to a new chief executive.”

Elisabeth Scott, Chair of the Association of Investment Companies (AIC), said: “On behalf of the Board I would like to thank Ian for his significant contribution to the industry. Ian became Chief Executive after the financial crisis when the investment company industry faced sweeping changes to European regulation.

“Ian helped guide the sector through these regulatory threats. This allowed investment companies to thrive in the low interest rate environment which has persisted since then as investors have sought attractive returns and income opportunities from equities and alternative assets. During his tenure, industry assets have almost tripled from £85bn in 2010 to £237bn today.”

More in this category: « LV= Coronavirus claims pass £12m Bank of England maintains rate at 0.1% »
back to top