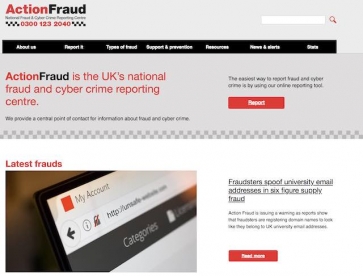 Investment fraud victims are suffering £373m of repeat fraud a year and can lose even more than they lost the first time they were conned, according to police data.

Some people fall victim to investment fraud a second, third or even fourth time.

Men were twice as likely to report being victim to at least one investment fraud and lost three times as much as women.

Data from the National Fraud Intelligence Bureau (NFIB) at the City of London Police reveals that over £373m was lost by repeat victims of fraud in the financial year 2019/20.

The first time victims are cheated by an investment fraud they lose an average of £21,121 but the second time they are at risk of losing much more, the data shows.


Staff at the NFIB analysed the large dataset they received from the national fraud and cyber crime reporting centre Action Fraud as part of a national campaign to raise the awareness of investment fraud, involving the City of London Police, Financial Conduct Authority and the National Economic Crime Centre.

Despite the problems over 50% of investment fraud victims decline victim support during the reporting process.

However, women were twice as likely to report falling victim to both an investment fraud and a dating fraud. Out of both men and women, 24% were aged 40-49 years but accounted for 58% of the reported losses.

The NFIB also discovered that individuals who first fell victim to an advance fee fraud were at an increased likelihood of falling victim to an investment fraud.

Over half of the victims reported an incident of Fraud Recovery Fraud, a type of investment fraud where the victim is contacted by someone claiming to be able to help them retrieve the money they have lost from their initial fraud. This is a common tactic used by organised crime groups to inflict further losses on victims of fraud, says City of London police.

Pauline Smith, head of Action Fraud, said: “The victim support service offered by Action Fraud is vital in preventing people falling victim to a second, third or even fourth fraud. Since its inception in 2014, our specialist victim advocates have engaged with over 102,000 victims and only 17 of these individuals have gone on to report another fraud.

“When you consider these findings from the National Fraud Intelligence Bureau, it’s clear we need to do more to engage victims of investment fraud, so they can receive our specialist advice and support to prevent them falling victim to further fraud.”

More in this category: « AJ Bell snaps up mobile phone fintech Scottish Mortgage veteran Anderson to step down  »
back to top