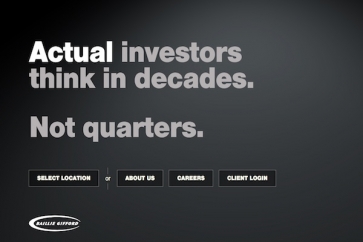 He joined Baillie Gifford in 1983 and became a partner four years later. He will leave in April 2022.

He has also chaired the International Growth Portfolio Construction Group from its inception in 2003, until two years ago and has been manager of Scottish Mortgage since 2000 and, since 2015, joint manager with Tom Slater.

Andrew Telfer, joint senior partner of Baillie Gifford, said: “James has been central to the strategic leadership and growth of Baillie Gifford. He has encouraged us to be ambitious as a firm and has instilled a long term, global and index-agnostic approach to our investing.

“And, most importantly, James has achieved remarkable investment returns for our clients. We are giving our clients a year’s notice that he is leaving the firm. Our transition process is tried and tested over generations, and we have developed talented successors in each of James’s teams in recent years.”

In April this year Mr Anderson will be nominated to stand as non-executive chairman of the Swedish investment company Kinnevik AB, a company quoted on the Nasdaq Stockholm Stock Exchange, which is currently held in Baillie Gifford’s client portfolios.

If appointed, he would recuse himself from any investment discussions and decisions about Kinnevik and its underlying investments, while he remains a Baillie Gifford partner. Mr Anderson is also a trustee of Johns Hopkins University and chair of the Panmure House Prize Panel.

Adrian Lowcock, head of personal investing at investment platform Willis Owen, said: “James Anderson’s plan to retire will obviously come as a disappointment to many investors who have benefited from some strong performance in the funds he manages. His unique views on companies and markets will definitely be missed.”

“However, Baillie Gifford has built a strong culture and investment philosophy which runs through the whole business, so Anderson’s departure is unlikely to have a significant impact. The handover is clearly well planned, and the early announcement gives investors plenty of time to review their holdings and make informed decisions.”

More in this category: « Investment fraud victims hit up to 4 times MAPs to launch combined ‘MoneyHelper’ brand »
back to top