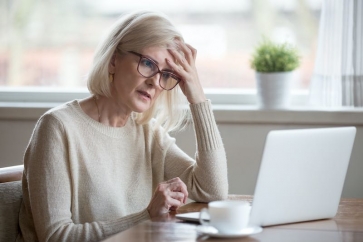 The pension system is failing to support mothers and career breaks taken by women are a driving factor behind the gender pension gap, according to a new report.

A woman taking two 12-month career breaks in her early 30s, with no increase to pension saving or salary during this time, can end up with 10% less in her pension pot at retirement compared to a woman with no breaks, according to the report from pensions consultancy Barnett Waddingham.

The consultancy said that it is clear that women are “disadvantaged if they have children or have other family caring responsibilities, as the resulting hit on pensions is stark.”

The consultancy said this, “indicated that the gender pensions gap is at least partially driven by the gender pay gap.”

Barnett Waddingham also said that the design of the auto-enrolment system is disadvantaging women. There was a higher proportion of women earning under the auto-enrolment threshold of £10,000 per annum than men in the schemes analysed and, in some schemes, there were up to three times more women under this threshold.

The report found that men and women generally contributed the same percentage of pensionable pay up until their mid-50s, though contribution amounts were lower for women due to the pay gap.

From their mid-50s, women typically increased their contribution rate higher than men, generally at around an additional 1% of pensionable pay.

While men and women in the schemes analysed by the consultancy were generally saving less than required for a sufficient income in retirement, the gap among women was more pronounced. Men were 10-25% more able to fund the PLSA Living Standard income than women across all affluent groups.

Amanda Latham, policy & strategy lead at Barnett Waddingham, said: “The UK private pension system was born in a society very different to today, during the early 1900s at a time when women typically stayed at home, predominantly men went to work and they generally remained with the same company for many years.

“Whilst society has evolved, the pension system has not, at least certainly not at the same pace. Mainly focussing on the needs of the ‘traditional nuclear family’, the design has not changed to reflect the way we live today. As such, the system is intrinsically biased towards men, creating a stark disparity in wealth at retirement.”

The report analysed the data and savings trends of 35,000 members in seven DC pension schemes. The schemes, picked at random, ranged in size from 600 to 14,000 members with sponsoring employers from a range of industries.