Register for Financial Planning Today website for FREE to view more stories and get our daily newsletters. Click on 2 stories to see Registration pop up.
Tuesday, 30 March 2021 10:19 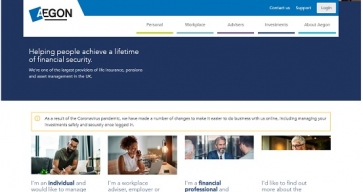 Life insurance claims rose by 17% in 2020 at protection provider Aegon.

Coronavirus was listed as a factor in 12% of life claims.

Critical illness claims were down by 14% over the course of the year.

Aegon paid 93% of critical illness claims, which represented payments of £34.4 million. The provider said that drop on previous years was unlikely to be because there were fewer people becoming critically ill, but more likely because of the increased pressure on the NHS and difficulty getting appointments. It said that there may be a spike in claims later this year as appointments begin to get back to normal.

Simon Jacobs, underwriting and claims director at Aegon, said: “While coronavirus might have contributed to some of the increase in life claims, it doesn’t account for it all. Of the life protection claims we received, Coronavirus was shown on 12% of death certificates as the cause of death. However, it’s possible that it could have been a contributing factor in a larger number of claims, even though it wasn’t mentioned on the death certificate.

“A number of the coronavirus claims Aegon received were for individuals with underlying health conditions such as cancer, diabetes and respiratory conditions – some of these, regardless of the pandemic, may have resulted in a claim.”