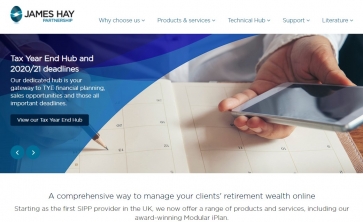 James Hay is set to acquire rival platform Nucleus via a recommended cash takeover offer, a change of tack from its original plan of using a scheme of arrangement.

Nucleus’ directors have consented to the switch to a takeover offer.

Under a takeover offer, a proposal is made by the acquiring firm to target all shareholders of the company to be acquired.

This new approach only needs 50% of shareholders in order for the acquisition to be formally accepted. The board of Nucleus and current private-equity owner Sanlam hold over 50% of the company between them, with both saying they are in favour of selling.

James Hay had previously secured 94.93% of the votes received but need to be secure about the total votes being cast.

The terms of the offer remain the same with Nucleus shareholders entitled to receive 188 pence per share.

Earlier this month Nucleus announced that assets under administration rose 7.9% year on year to £17.4bn in 2020, but profits after tax dropped 47% to £3.2m, as the platform gears up for its acquisition.

Earnings per share also dropped 46% year on year as the firm put its final dividend on hold due to the proposed acquisition.

More in this category: « Planner firm recognised for people management FCA to open door to more SPAC takeovers »
back to top