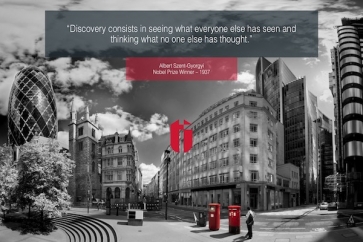 Plans for a new executive pay scheme at Financial Planning firm and takeover target Tavistock have fallen through after shareholders failed to support the move.

As a result, a company general meeting planned for today has been cancelled.

The company said that only 66.4% of shareholders voted in favour of the scheme, below the 75% threshold needed.

Some 33.6% of shareholders cast their votes against the scheme.

The company has separately found itself a takeover target from new AIM-listed company TEAM plc but has rebuffed the offer. The company said today that the unwelcome TEAM approach was supported by “small grouping of former employees and disaffected shareholders.”

Tavistock wanted to revamp its executive incentive scheme to reduce the reliance on share options and said the revamped scheme would help boost profits. It previously said the share option scheme was “no longer fit for purpose.”

By the voting cut off point this week some 357m votes had been received from shareholders on the special resolution to change the incentive scheme.

In a statement Tavistock said it would engage with shareholders to try to find an alternative incentivisation scheme.

It said: “The board remains of the view that the introduction of an alternative growth share incentive scheme would be an effective and appropriate way of incentivising and rewarding members of its management team but has noted the views of shareholders regarding the proposal put forward. The board remains open to constructive engagement with shareholders whilst being mindful of the importance of attracting, retaining and incentivising senior management.

• In its financial year update released today Tavistock said it had achieved a “strong close” to the financial year ended on 31 March 2021. In a cost-cutting re-organisation the company closed 5 of its 11 offices late last year and made a small number of senior and junior staff redundant to cut costs. The firm said today that gross revenues at £24m were in line with the previous year and total Funds Under Management were approximately £1.1bn. Tavistock launched its new low-cost platform, the Tavistock Platform, in December.

The company received financial support from the government in the form of a £2.1m CBILS loan although it has yet to draw on the money. It also used the furlough scheme and staff also voluntarily sacrificed some of their salary for a period with the money saved now repaid.