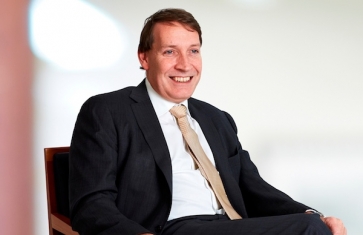 His base salary at the wealth manager dropped from £548,990 the previous year to £537,049 and no bonuses were paid during the year, according to the company’s annual report published this week.

Directors of the wealth manager agreed to a 20% salary cut in May, June and July last year as the Coronvirus pandemic hit finances.

The firm says that despite the impact on its earnings in 2020 it remains resilient and is positive about growth prospects, with signs of recovery under way.

The firm, which employs more than 10,000 people, is currently pushing through 200 redundancies from support staff although some may be redeployed.

The company is also rolling out a new adviser remuneration scheme over the next few months after being stung by media criticism of its “cufflinks and cruises” packages for advisers hitting sales targets. The scheme will be less focused on sales.

The firm says that after a tough year recovery is under way and its dividend has been restored.

The firm saw adviser numbers during the year grow to 4,338, up 2% on the previous year although slightly slower than planned. Overall adviser numbers are up nearly 10% over the past 2 years.

The company plans further growth in its adviser numbers but says with the number of overall financial advisers stagnant or declining in the UK it will rely more on its academy for future recruits. It believes that its target audience of better off consumers will grow from 11m now to 13m by 2024.

Mr Croft said he was “very pleased” to report that despite the problems caused by the pandemic the company had shown strong resilience.

He said: “2020 was an extraordinary year for individuals, families, businesses and broader societies across the globe, with events shaped by the Covid-19 pandemic that began early in the year.

“Our operations and performance during 2020 were inevitably disrupted by the lockdowns and social distancing.  However, amidst this most challenging of years, I am very pleased to report that our business has demonstrated real resilience and made further progress, supported by our engagement with our clients, our recent major investment in technology platforms, and the agility of our advisers and employees.”

He warned however that about the rising costs of compensation levies. He revealed that SJP’s payments to the Financial Services Compensation Scheme had risen by 33% in one year to £36.7m.

He said: “Once again, the outcome for the year was significantly impacted by the Financial Services Compensation Scheme (FSCS) levy we incurred. Our contribution to the levy in 2020 was £36.7 million some 33% higher than a year ago.

“Whilst we continue to support an industry safety net for consumers, the increasing size of the levy is a real concern and source of frustration. Good companies are having to continue to fund a significant cost over which they have no control or influence.”