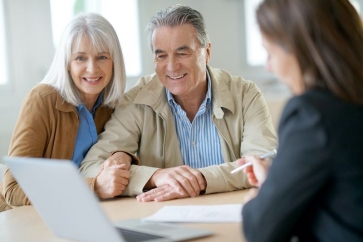 Investors who regularly see a financial adviser are significantly more confident about their future financial prospects, according to a new survey for wealth manager and Financial Planner Sanlam.

Overall, the survey found a significant gap in confidence between those with larger sums to invest and those with smaller sums and the advised and unadvised following the shock of the pandemic.

The survey, conducted by Technical Connection and Ad Lucem for wealth manager and Financial Planner Sanlam in February, found wealthier and advised respondents were noticeably more positive about the future.

About one in five respondents surveyed (19%) reported feeling “less confident” now than they were this time last year at the start of the pandemic. Fewer than one in six (14%) say they were more confident. More than two-thirds (67%) reported no change in confidence.

Ian Martin, regional manager, North, Sanlam UK, said: “After more than a year of rolling lockdowns and huge uncertainty, it is no surprise to see confidence about finances faltering in some groups. Those with a smaller pot of investable assets may feel under increasing pressure to save a bigger safety net for the future if they have experienced issues with employment or income during the pandemic.

“The good news is that the value of financial advice is clear – those that have regular access to an adviser are more confident and more excited about their finances.”

More in this category: « Tilney S&W hunts for new chairman - reports Surge in people wanting to retire early »
back to top