38m have saved more during the pandemic 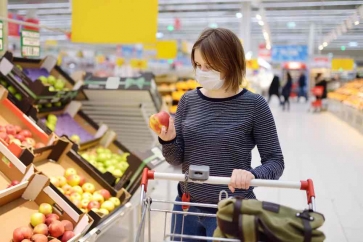 Millions have saved more during the pandemic

More than seven in 10 adults (38m people) say that in the last 12 months their household has saved money as a result of reduced spending due to Covid-19, with 4.4m of households saving over £10,000 each.

A combination of reduced commuting, childcare and eating out costs and general living expenses has meant that millions have become ‘forced savers,’ according to new research for LV=.

While many have been unable to save due to reduced earnings, of those that saved money -72% of UK adults - the average amount saved £5,500 during the last 12 months and one in five wealthier households have saved over £10,000

The LV= Wealth and Wellbeing Monitor, a quarterly survey, asked 4,000 UK consumers about their spending habits during pandemic and found most households have spent less and added the money to their savings.

Of those able to save:

UK consumers have been split on how they have used the spare cash with 28% (10.6m) putting the money into savings or cash ISAs. One in five (8.2m) are spending their savings on a holiday. Some 19% (7.4m) are using it for home improvements.

Longer term savings have proved less popular as destinations for the money. Only 5% are saving extra into a pension and only 8% are saving into an investment or stocks & shares ISA.

Clive Bolton, managing director of Savings and Retirement at LV=, said: “LV=’s research indicates that much of the accumulated saving has been concentrated among relatively well-off households. The UK has been divided into two groups: those who are struggling on reduced incomes, and those whose income has remained stable and whose costs have been greatly reduced.

“The past 12 months has been tough for many, especially for those who have been put on furlough, made redundant or who are self-employed. However, those people who have remained in work have been able to save large sums as large expenses such as holidays, commuting costs, childcare and entertainment have vanished.”