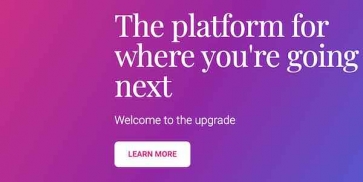 Platform provider Praemium has opened an office in the Scottish Centre of Fintech Excellence in Edinburgh as part of international expansion plans.

The Australian-owned company says it is making significant investment in a new dedicated office on George Street, in the centre of the Scottish capital.

More than 20 new roles are expected to be added in Edinburgh in 2021 and the Edinburgh hub will add to existing hubs in London and Birmingham.

The firm joins a growing number of fintechs in Edinburgh.

Praemium’s UK & International managing director, Mark Sanderson, said: “We have our sights set firmly on leap-frogging developments in fintech and service excellence. To do that, we need to be in the thick of the pioneering action. That’s Edinburgh.

“We had a hugely successful year last year, in which the platform in the UK and internationally grew assets by 32%. Complementing our existing physical bases in the UK with a substantial presence in Edinburgh gives us access to an enviably rich pool of talent in service excellence and next generation fintech, and it ensures service excellence is front and centre of our ambitious growth plans for the future.”

The firm plans to increase headcount in key client support functions and development over the next 2-3 years and is recruiting in IT, Investment Operations, Administration and Adviser Support.

The platform says it expects further growth in Edinburgh.