PFS to drop CEO role as Richards moves on 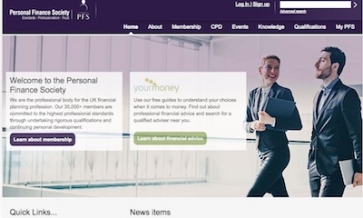 The Personal Finance Society, the 40,000-member professional body for Financial Planners, is to drop the role of CEO following the departure in June of current CEO Keith Richards.

Speaking to Financial Planning Today, Mr Richards said despite the move the PFS parent organisation, the Chartered Insurance Institute, was committed to the future of the PFS.

In future the head of the PFS, the body which awards the Chartered Financial Planner designation, will be the chief membership officer of the CII.

The CII combined the CMO and PFS CEO role in 2016 with Mr Richards holding both positions in recent years. After he leaves the PFS CEO role will be axed with the new CII chief membership officer taking on responsibility for the PFS.

Mr Richards was appointed as CEO of the Personal Finance Society following the Retail Distribution Review in 2013 and has been PFS CEO since then, combining the job with other CII duties including launching a Chartered Institute in Hong Kong and PFS Asia in 2020.

The membership of the PFS, which was expected to decline after the RDR, has increased strongly in recent years and is now close to 40,000 with 200 Associate firms.

In his CMO role Mr Richards also helped the CII get a number membership societies off the ground, covering Insurance Broking, Claims and Underwriting as well as the relaunch of the Society of Mortgage Professionals.

Mr Richards told Financial Planning Today he would be sorry to leave the organisation but was looking forward to new challenges and said he was proud of his record in helping develop the PFS and CII.

He said: “There is rarely a right time to leave when there is often more to be done but most of my early goals and aspirations for the evolution of the society, its membership and in supporting the CII’s change programme have largely been realised, so now feels like the right time and equally allows the CII to further implement changes.

“Shortly after taking up the position of chief executive, the PFS board agreed to a strategic transformation to evolve the role and purpose of the society to become a more modern, relevant and inclusive professional body and whilst many of our initial goals have been exceeded, I am sure that the vision will continue will continue.”

Mr Richards said he was proudest of helping the advice industry move towards professional recognition and was pleased with how much the PFS had achieved with a small team.

He said he was proud of, “supporting the sector move from an industry to a recognised and acknowledged profession and of course the evolution of the Personal Finance Society to be a recognised modern, relevant and inclusive professional body to all stakeholders.

“I am very proud of the success and impact of the multiple initiatives throughout the past eight years but most of all I am proud of the impact a relatively small but committed team that delivered it all…they have been amazing!”

After he leaves the PFS in June he plans to continue as pro bono chair of the Financial Vulnerability Taskforce, which is supported by 700 individuals and firms, and hopes to work on an ‘independent’ charter the profession and wider sector can adopt. He will also be considering other work opportunities in the sector.

More in this category: « Referrals 'most important' when selecting a planner Q&A with PFS CEO Keith Richards »
back to top