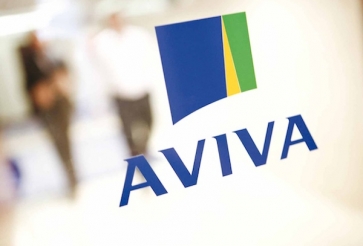 Feeling financially confident is no substitute for the benefits of financial advice, according to new research.

Feeling ‘financially confident’ is not indicator of level of knowledge and no guarantee that better financial paths are taken, according to new research from Aviva.

The survey from Aviva Financial Advice of 2,000 UK savers saw 45% of ‘confident’ respondents incorrectly say pensions do not attract tax relief and 23% not know that the level of state pension can be affect by the amount of National Insurance paid. A further 28% of ‘confident’ respondents did not know what age they would receive their state pension.

Almost two thirds (62%) of advised customers surveyed said that having a financial adviser had had definitely prevented them from making significant financial mistakes. In contrast, only a quarter (25%) of non-advised respondents conceded that they had made financial mistakes that would have been avoided if they had received advice, suggesting that non-advised customers are probably making mistakes with significant consequences without being aware of it.

Mary Harper, managing director of Aviva Financial Advice, said the research highlighted a worrying lack of basic knowledge. She said: “One of the reasons people don’t take advice is that they feel they don’t need it. Our research shows there is a lack of understanding of basic facts which should be taken into account when making plans for retirement, and future financial health.

“We understand the role that advice and guidance can play in helping less confident people make financial decisions that are more suitable for them in the long run, but it is also the case that there is a need for services like these for people who think they are doing the right thing but really aren’t, because of a lack of knowledge.

“If we are to make advice more accessible to more people, it’s really important to understand what we need to do to create a menu of services that offer different things, rather than expect everyone to be comfortable with one model.”

The research commissioned by Aviva Financial Advice in January was carried out by Censuswide, amongst 2,000 respondents, The research specifically looked at responses to basic questions about financial matters, which a confident or savvy saver would know the answer to, and then split the response by those who said they were confident in making financial decisions vs those who declared themselves not to be.