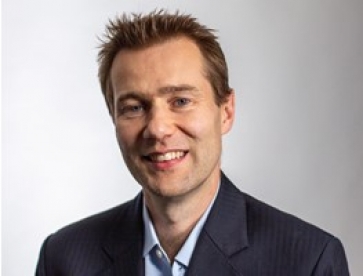 Mr Dunbar has previously held roles at Friends Provident, NMG Consulting and Royal London where he was distribution director.

He started his career in financial services in 2005 after graduating from Oxford University.

Jonathan Gunby, CEO of Transact, said Mr Dunbar’s appointment will, “help keep Transact at the forefront of the UK platform industry.” He has known Mr Dunbar for over ten years.

Mr Dunbar’s appointment comes as the platform celebrates its highest ever quarterly inflows (both gross and net.)

However, not all is completely rosy at the platform. In March Integrafin, the parent company of Transact, faced significant shareholder opposition at its AGM to three board reappointments, including chairman Richard Cranfield and founder Michael Howard.

Following the unexpected votes against the reappointment of three directors, Integrafin said its board will engage with shareholders and report in due course on the outcome of the discussions.

It is believed to be the first time that Integrafin has faced major disagreement on board appointments from shareholders.

More in this category: « Maven hires Tregidon as head of Financial Planning Succession adds sports and entertainment advice arm »
back to top