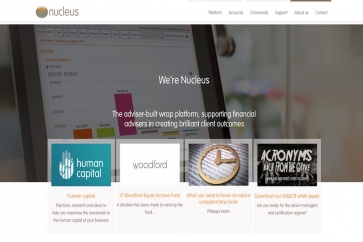 Nearly 92% of shareholders in platform Nucleus have accepted a cash offer from rival platform James Hay which values Nucleus at about £145m.

The news means the takeover of Nucleus is now highly likely despite opposition from some Nucleus staff.

In March James Hay announced it would change its takeover strategy, moving from a scheme of arrangement to a simpler cash offer.

At one point four potential bidders emerged for Nucleus but James Hay became the preferred bidder. Nucleus was effectively put up for sale when major shareholder Sanlam decided to sell its holding.

The offer by James Hay for the remaining Nucleus shares is now unconditional.

The new takeover approach needed only 50% of shareholders for the acquisition to be formally accepted.

The board of Nucleus and current private-equity owner Sanlam hold over 50% of the company between them, with both saying they are in favour of selling.

James Hay said it welcomed news from Nucleus Financial plc that 91.73% of the Nucleus shareholders have accepted the recommended cash offer at the first closing date.

Richard Rowney, chief executive of James Hay, said: “I’m very pleased that shareholders have overwhelmingly accepted our offer.  Shareholder approval is a key milestone in the journey to bring together the respective expertise of Nucleus and James Hay.

“We are excited by the prospect of working with the Nucleus team as we seek to create a leading independent adviser platform with circa £45 billion of AUA, and the scale to invest in the technology, products and service for the benefit of advisers and their clients.”

The transaction remains subject to regulatory approval and is currently expected to complete in the second half of the year.

James Hay and Nucleus say there is no immediate change for advisers and their clients that use either platform.

Some experts have, however, predicted a cost-cutting strategy post-takeover as James Hay looks for savings.