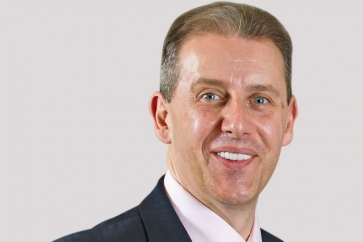 Lloyds Banking Group is set to launch a £400m takeover of fast growing retirement and wealth management company Embark Group, according to a speculative report from Sky News over the weekend.

Lloyds Banking Group, which owns Scottish Widows and has a half share of Schroders Personal Wealth, is believed to be finalising a bid for Embark Group.

Embark Group specialises mainly in retirement solutions and operates a range of brands including Embark, Rowanmoor, Vested and The Adviser Centre. It has its own investment platform and also provides SIPP, SSAS, Multi-Asset Funds, fund research and employee benefits consulting. It has £38bn in assets under administration on behalf of about 415,000 consumer clients.

According to Sky News an announcement about Embark could come as soon as later this month.

The deal would be a major one for Lloyds Banking Group and would strengthen its distribution, Sky News says.

The takeover of Embark would provide a return for a number of leading asset managers, including BlackRock, Franklin Templeton and Legg Mason, which hold minority stakes in the business, according to Sky News.

Embark was established in 2012 by Phil Smith, who remains its chief executive and is a major shareholder. Last month Embark Group announced it had appointed LV= Financial Services senior independent director and risk chair David Barral as its new chairman, replacing David Etherington, who held the position for three years.

Embark has grown rapidly in recent years through a combination of takeovers and organic growth.

Embark Group and Lloyds Banking Group have both told Financial Planning Today they do not wish to comment on the reports.