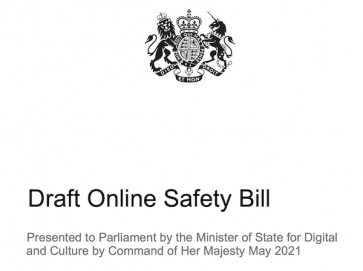 Oliver Dowden, Secretary of State for Digital, Culture, Media and Sport, said the Government had listened to concerns about online fraud being excluded from the Bill.

He said that online fraud would be covered by the Bill - answering calls from many trade and professional bodies - but it seems unlikely that all online fraud will be included.

In a statement he said: “Since the publication of the full government response in December 2020, there has been significant concern about the exclusion of online fraud from the legislation. This government understands the devastating effect that online fraud can have on its victims, so today we are announcing that the Online Safety Bill brings user-generated fraud into the scope of the regulatory framework.

“This change will aim to reduce some specific types of damaging fraudulent activity. In tandem, the Home Office will be working with other departments, law enforcement and the private sector to develop the Fraud Action Plan, including the potential for further legislation if necessary.”

The Online Safety Bill has a wide scope, including protecting children, tackling criminal activity and upholding freedom of expression. Some critics have said the scope may already be too wide and some have expressed concern about the potential undermining of editorial freedoms and free speech although Mr Dowden said this would not be the case.

One key area of the Bill which will need to be clarified if online fraud is to be tackled is the crucial definition of “user-generated content.” At present the Bill may include some online scams but allow others such as paid online ads, review-type comment, cloned websites and other areas. Unless the Bill can be tightened up by MPs during the committee stage there may be a risk of some online scammers exploiting loopholes.

Despite the flaws, Aegon and others have welcomed the news.

Kate Smith, head of pensions at Aegon, said: “We’re absolutely delighted that the Government has listened to the pension industry’s concerns and included financial scams, including pension and investment scams, in the Online Safety Bill. Pension and investment scams have flourished during the pandemic as fraudsters have exploited our increasing reliance on all things digital. While this is great for keeping us connected, there is a dark side which can compromise our financial security.

“It’s important the Online Safety Bill is ambitious and flexible enough to deal with the constant evolving nature of scams, forcing online scams adverts and websites to be taken down quickly to minimise harm. This is just another piece in the jigsaw to combat financial fraud. Later this year, the government will be publishing its Fraud Action Plan setting out joint actions and responsibilities across government agencies. This needs to be a living document  enabling trends to be spotted quickly with decisive action to be taken against fraudsters and importantly making it clear who people can contact for help if they believe they’ve become a victim of a scam.“

Wealth management trade body PIMFA welcomed the publication of the Online Safety Bill but has urged the Government to go further and include all financial harms within the scope of the Bill.

Tim Fassam, director of government relations and policy at PIMFA, said: “The publication of the Online Safety Bill in its current form is a great step forward in the battle to stop organised criminals defrauding the public.

"But while the Bill attempts to tackle fraud via user generated content on social media sites and dating apps, paid for online adverts from fraudsters and cloned - and therefore fake - investment firm websites appear conspicuous by their absence from it.

“We are, however, encouraged that the Bill will face pre-legislative scrutiny before being formally introduced to the House of Commons and look forward to working with Ministers and MPs in order to ensure that all financial harms, which have a devastating impact on the financial and mental wellbeing of victims, are included in the Bill.”

More in this category: « Advisers unlikely to benefit from £206m FSCS levy cut  GWM Financial Planning rebrands as Skybound »
back to top