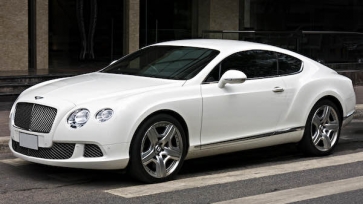 Two men - Paul Seakens and Luke Ryan - have been convicted of a £2m carbon credit investment fraud after a BBC TV probe and an eight year investigation by City of London Police.

Their scam targeted elderly and vulnerable investors and was exposed by a BBC TV investigation into boiler rooms and carbon credit investments.

The men used the money to fund a lavish lifestyle, including buying sports cars such as a Bentley Continental GT and using company accounts to purchase designer clothes and other luxury items.

While losses of only £2m were traced, the scam could have been bigger. Financial analysis of bank statements showed over £30 million went through various company accounts controlled by Mr Seakens.

One of the companies used by the two, Carbon Neutral Investments, was FSA (now FCA) regulated at the time.

The investigation was led by City of London with assistance from Hampshire Police and support from the Crown Prosecution Service.

The scale of the scam was “vast”, according to police, with 73 other carbon credit brokers using banks accounts and companies controlled by Mr Seakens.

Paul Seakens and Luke Ryan were called “greedy and malicious” by police. They were part of a team that used high pressure sales tactics to convince victims to purchase Voluntary Emission Reduction (VER) carbon credits that were worthless.

Investors, often elderly and vulnerable, were sold the VERs using high pressure sales techniques. Victims were told they were buying promising investments but, in reality, there was no market for investors to sell them and no realistic likelihood of there ever being one.

The two fraudsters also sold the VERs to individuals at inflated mark-ups of over a 1000%, unbeknown to investors. Because of this even if a secondary market had been developed the investors would have struggled to make any profit, said police.

A number of victims were also persuaded to make further purchases in ‘recovery room’ scams. In these scams, VER brokers would offer victims an ‘exit strategy’ for their investments, but only on the basis that the investor made a further purchase of VERs to make their portfolio look more desirable to a purchaser.

Paul Seakens, 60, from Whitewebb, Enfield, and Luke Ryan, 33, from Eastleigh, Hampshire, were found guilty by a jury at Prospero House this week. Mr Seakens was also found guilty of four separate counts of money laundering. They are due to be sentenced on 28 May at Southwark Crown Court.

Detective Inspector Paul Curtis, from the City of London Police’s Financial Investigation Unit, said: “This has been a complex and lengthy investigation and I would like to thank the victims in this case for their resolve and determination in seeing it through to a conclusion. We have believed from the very beginning that the evidence clearly proved these carbon credits were sold fraudulently to investors, often through cold calls and high-pressure sales techniques to the vulnerable and elderly.

“Purchasers of VERs were consistently given false and misleading information by the brokers as to their future profitability, and we are pleased the jury were able to convict these greedy and malicious individuals beyond all reasonable doubt for their crimes.”

During the trial, the court heard how a number of victims who purchased VERs through Enviro had lost £368,428.94 in total. The prosecution argued this was almost certainly an underestimate of the true extent of Enviro’s fraudulent trading, as evidence recovered by police showed sales of approximately £2 million in VERs. Mr Ryan then used Mr Seakens company Carbon Neutral Investments (CNI) to launder these illicit gains.

Some 73 other VER brokers used the company’s banking facilities, and the facilities of other affiliated companies linked to Mr Seakens, who would then take a proportion of the sales revenue.

Bank accounts controlled by Mr Seakens were used to acquire and transfer extensive amounts of criminal property from these scams, acting as a money laundering scheme on a “vast scale” to facilitate fraud, police said. The scheme assisted the VER brokers as it provided reassurance to potential investors that their money was going to a safe independent third-party company such as CNI, which, at the time, was a FSA (now FCA) regulated company.

Detective Inspector Andrew Symes, of Hampshire Constabulary’s Economic Crime Unit, said: “They caused immeasurable loss over a number of years in many different forms and preyed upon, at times, the most vulnerable - not only in Hampshire but country wide. They deceived their victims by mis-selling of VERs, and grossly inflating mark ups, with little to no opportunity of the investor being able to sell their credits at any point in the future.”

Jane Mitchell, specialist prosecutor of the Crown Prosecution Service, said: “This was a particularly hideous scam operation, where vulnerable victims lost their life savings on so-called investments that had greatly inflated return claims and no resale market.

“In each of these frauds elderly and generally inexperienced investors were targeted. They were cold called in their homes and pressured into buying these so-called investments by criminals who made them look genuine and trustworthy.  They were conned: the products being sold (Voluntary Carbon Credits or VERs) were, in essence, worthless.  I would like to thank the work of the City of London Police and Hampshire Police on their excellent investigation which enabled us to prove that Seakens and Ryan were exploiting vulnerable victims out of much needed savings for their own selfish purposes.”