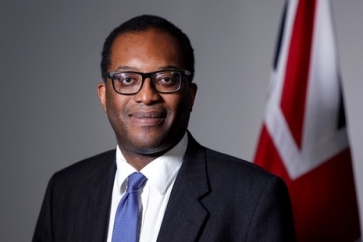 The Government is to give its Insolvency Service greater powers to tackle firms that try to ‘phoenix’ by setting up near identical new businesses to avoid liabilities and will also target directors who deliberately dissolve firms to avoid bills.

New legislation will target businesses which try to use loopholes or abuse company law to avoid their responsibilities.

Directors who abuse the rules face a ban of up to 15 years.

At present Insolvency Service investigation powers are mostly limited to ‘live’ companies, which means those that are dissolved often escape close scrutiny.

The move will aim to put an end to firms that deliberately use the company dissolution rules to avoid liabilities, including the paying back of government-backed Covid-19 loans.

Business Secretary Kwasi Kwarteng said he would give the Insolvency Service extra powers to tackle ‘phoenix’ companies and directors who abuse existing laws by using loopholes.

The Insolvency Service is an agency of the Department for Business, Energy and Industrial Strategy and oversees compulsory company liquidations and personal bankruptcies. It also deals with company misconduct and investigates and enforces company law.

In a statement, the Department for Business said: “Extending powers to investigate directors of dissolved companies means those who have previously been able to avoid their responsibilities will be held to account.

“The measure will also help to prevent directors of dissolved companies from setting up a near identical business after the dissolution, often leaving customers and other creditors, such as suppliers or HMRC, unpaid.”

A number of financial services firms have used phoenixing to close down one failed firm and set up a near identical business, often dumping past liabilities on the FSCS and other bodies.

The Government said: “The Insolvency Service will be given powers to investigate directors of companies that have been dissolved, closing a legal loophole and acting as a strong deterrent against the misuse of the dissolution process. The process will no longer be able to be used as a method of fraudulently avoiding repayment of Government-backed loans given to businesses to support them during the Coronavirus pandemic.

“Extension of the power to investigate also includes the relevant sanctions such as disqualification from acting as a company director for up to 15 years. These powers will be exercised by the Insolvency Service on behalf of the Business Secretary.”

At present, the Insolvency Service has powers to investigate directors of ‘live companies’ or those entering a form of insolvency. If wrongdoing or malpractice is found, directors can face sanctions, including a ban of up to 15 years.

The measures, which will cover England, Scotland, Wales and Northern Ireland, will be included in the Ratings (Coronavirus) and Directors Disqualification (Dissolved Companies) Bill. They are retrospective and will enable the Insolvency Service to also tackle directors who have inappropriately wound-up companies that have benefited from Bounce Back Loans.