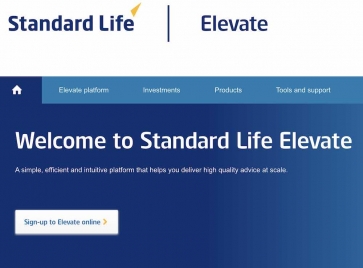 Noel Butwell is the boss of Standard Life Wrap and Elevate

The chief executive of Standard Life Aberdeen’s platforms businesses, Noel Butwell, has admitted that the firm has not listened to advisers due to being distracted by internal projects.

He said that over the past three to five years the platform has “not listened to advisers enough” due to being focused on large internal projects. He added that “some of those projects worked, but some did not.”

Mr Butwell was speaking at an online event hosted by platform consultancy Lang Cat. He has been running Standard Life’s Wrap and Elevate platforms for two years.

He claimed that over half of UK financial advice firms have Wrap or Elevate but admitted not all now use the platforms regularly.

The platforms have combined assets of £67bn.

He said that he thinks the reason some advisers who have the platforms but do not use them is “because a number of things advisers have repeatedly asked for have not been done.”

There will be a number of changes to the Wrap and Elevate platforms later this year, which Mr Butwell believes will increase their functionality and popularity.

He also said he wants to change the “narrative” around the platforms. He said: “We can’t do everything everyone wants, but we have not done things for years due to prioritising other projects. It fed into a narrative of arrogant Standard Life, which I want to change. We want to make Wrap and Elevate the easiest platforms to use. No platform is ever easy, but I want us to be the easiest.”

In April parent company Standard Life Aberdeen announced it will change its name to Abrdn following the sale of the Standard Life name to Phoenix Group. However, the Wrap and Elevate platforms will continue to operate as separate businesses, although they will unite with Fundzone to share a single website to make them easier to coordinate.

More in this category: « FundsNetwork poaches head of proposition from M&G SBG appoints proposition director to develop Planner services »
back to top