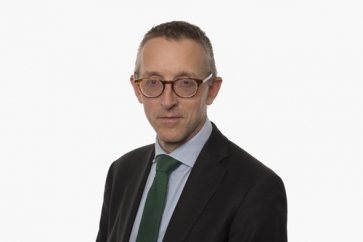 He has been reappointed for a second five year term until 30 June 2026.

As the Bank’s Deputy Governor for Prudential Regulation, he has responsibility for the prudential regulation and supervision of banks, building societies, credit unions, insurers and major investment firms.

Chancellor Rishi Sunak said: “Sam continues to bring a vast amount of knowledge, skill and experience to the Bank. He has played a vital role in the response to the challenges posed during Covid-19 and will continue to do so."

Bank of England Governor Andrew Bailey, former CEO of the FCA, said: “Sam has done an excellent job and his reappointment is important at a time when we are responding to the challenges of Covid and embarking on a significant period of regulatory reform. I very much look forward to continuing to work with him.”

Mr Woods has served as Deputy Governor for Prudential Regulation since 30 June 2016. He was previously executive director of Insurance Supervision at the PRA. He joined the Financial Services Authority (FSA) in 2011 and transferred with it to the bank in 2013.

He has served as director for Financial Stability Strategy and Risk, and director for Domestic UK Banks’ Supervision. Before joining the FSA and the Bank of England, he spent 10 years at the Treasury in a variety of roles, including secretary, Independent Commission on Banking, 2010 to 2011 and COO of UK Financial Investments, 2008 to 2010.

Prior to joining the Treasury, he worked in the private sector from 1995 to 2001, for Diageo and McKinsey and Company.

More in this category: « Fidelity Intl CEO Richards becomes a Dame in honours Third of risky transfers slip through new pension rules »
back to top