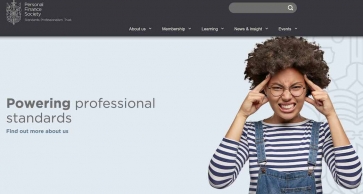 A group of Past Presidents of the 40,000 member Personal Finance Society (PFS) and many leading Financial Planners have launched a campaign against the deregistration of the PFS.

In a statement this week the PFS parent body, the Chartered Insurance Institute, said that it "regrets" its communication over the deregistration issue but will go ahead with its vote on the move next week.

Opposition to the deregistration has been growing with a new campaign group -‘Our PFS’ - set up by PFS Past Presidents to fight the change.

The groups’ website can be reached here: Our PFS

The campaign group is calling for a “fully independent" PFS that will promote its membership while making sure that it takes action "where the reputation of the body is under threat."

It is not clear if the group wants solely to maintain the status of the PFS under the CII umbrella or for the PFS to break away and become a completely independent body.

The group has urged members to vote against deregistration (which would effectively end independent company status of the PFS) at next week’s CII AGM on 30 June which will be held virtually.

Since its establishment the PFS has always been a company owned by the CII.

Our PFS's website urges members to vote at the AGM against a number of individuals and motions it believes are not in the best interests of its campaign.

The CII has tried and failed to deregister the PFS a number of times since 2016 in the face of opposition from the PFS board.

PFS chief executive and CII chief membership officer Keith Richards is standing down this month as his CEO role is due to disappear under the changes.

Following his departure the role of PFS CEO will not be replaced but the CII has insisted there is no downgrading of the status of the PFS which will continue to operate under the aegis of the CII.

The campaign group Our PFS believes the deregistration of the PFS will lead to a loss of status and influence for the PFS, particularly when lobbying government and regulators on behalf of Financial Planners.

A spokesperson for the Chartered Insurance Institute said in a statement: “The Chartered Insurance Institute’s 125,000 members are invited to attend our virtual AGM, taking place at 3pm on Wednesday 30 June 2021. The AGM panel will include the CII’s independent chair, Dr Helen Phillips, who will be joined by our CEO, Sian Fisher, and CII President for 2021, Julie Page.

“Members will be able to view a live webcast of the meeting, ask questions and submit their votes in real-time by logging in to the AGM website. Members who would like to submit their votes in advance (by proxy) are able to do so up until 48 hours before the meeting. Members who cannot log in to the online platform are also able to vote using the standard proxy form, which can be returned by email or post. The motions for the AGM can be found here: https://www.cii.co.uk/about-us/governance/annual-general-meeting/”

Sian Fisher, CEO of the Chartered Insurance Institute, said: “When we launched the Strategic Manifesto in 2016, we set out our vision – “Working together as one united profession we will drive confidence in the power of professional standards.”

“Integral to this was working as an efficient, united group with a clear direction of travel and a clear set of common goals. It was against this backdrop that the topic of deregistration was tabled – as a way of focusing on unifying CII governance and the overall efficient running of the organisation.

“Nothing that was being considered would in any way have compromised the benefits members receive from the PFS, nor its health, status and efficient functioning. We recognise and regret, however, that the CII’s intentions have not been well communicated. The CII recognises the PFS board is not supportive of deregistration at this time.”

More in this category: « Bank of England holds interest rates at 0.1% SJP among CII Public Trust Award winners  »
back to top