CII to review PFS plans after barring ‘no confidence’ motion 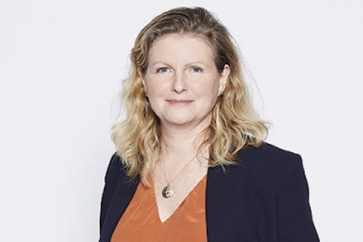 The Chartered Insurance Institute is to launch a consultation with its 125,000 members on the future of its Personal Finance Society arm after barring a last-minute no-confidence motion at today’s AGM.

The CII has faced stiff opposition from some members of its 40,000 member Personal Finance Society subsidiary after downgrading the PFS CEO role to CII chief membership officer and trying to deregister the PFS as a separate company to save money and streamline the organisation.

A group of Past Presidents of the PFS launched a campaign group last week called 'Our PFS' to fight the deregistration plans.

At the CII AGM, which took place virtually this afternoon, AGM chair Helen Phillips, chair of the CII board, declined to put the special motions, including a no-confidence vote in CII CEO Sian Fisher, due to insufficient time for members to fully consider the proposals.

In a statement after the AGM the CII said: “On the morning of the AGM, chair of the board Helen Phillips received a detailed request from Grant Scott and seconded by Robin Melley to discuss certain criticisms of the CII executive team (including the CEO) and its implementation of the strategic manifesto at the AGM. Mr Scott and Mr Melley also sought to introduce 2 motions following such discussions.

“Given the importance of the concerns raised and there being no mechanism at the AGM to fully and frankly discuss the concerns of the members in advance of any vote, the view of the chair was that it would be inappropriate to grant the request.

“The chair did however acknowledge the receipt of the request at the meeting and relayed the essence of the concerns expressed, described the intent of the motion set out and provided assurance to the meeting that the views of the whole membership would be taken on these concerns within the context of wider consultation on membership matters. The CII is determined to engage with members to seek to gain their insights and to seek to continually improve.”

All of the resolutions at the meeting, including electing the President and Vice President, were passed by majority votes, the CII said, although no details of the numbers cast for and against have been revealed yet.

The Our PFS group has been asked to comment.

More details will be added as we get them.