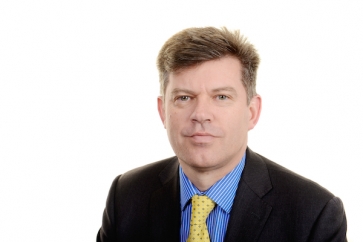 Leading SIPP and SSAS expert Martin Tilley is to join Westbridge SSAS as director and head of Pensions Technical & Compliance from 9 August.

He will also join the board of Westbridge Pension Administration Ltd and Westbridge Trustees Ltd.

In this newly-created role, he will help bed in the recent acquisition of the James Hay book of business and also focus on managing and developing intermediary and trustee relationships with existing and new SSAS clients.

Nathan Bridgeman, one of the founders of Westbridge SSAS, said: “Martin is well known among the adviser community having been a spokesman for the profession for a number of years and having written a number of educational and thought leadership pieces for both the trade and national media.

“He is one of the country’s top SSAS experts and bringing him to Westbridge SSAS adds tremendous strength and experience to our existing team. I have known Martin for many years and am looking forward to working with him and introducing him to our clients.”

Mr Tilley said: “I am pleased to have been offered the opportunity to join the company at this early stage to augment the team and assist in the business’s development plans. The company has demonstrated its intent and has the backing to be a major player in the SSAS market.”

More in this category: « Novia claims to offer first platform with profits fund Fintech Altus sold to Canadian firm Equisoft  »
back to top