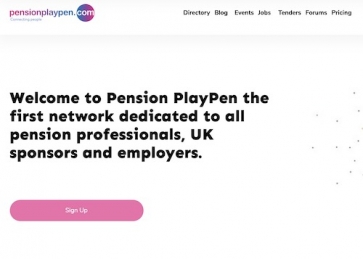 A new-look version of the popular Pension Playpen, a social networking platform for the pensions industry and employers, has gone live today.

For the relaunch the site has added insights and views from more high-profile pensions commentators.

Steve Goddard, chief executive of Pension Playpen, said: “After many months of hard work and planning, we are so excited to unveil the new Pension Playpen today. Maintaining a diverse and inclusive space for everyone involved with running pension schemes remains at the heart of the proposition, but we have made many changes to enhance the experience for users and help them get as much out of the site as possible.”

Anyone interested in becoming a member can do so via www.pensionplaypen.com. Users have the option of free membership, which allows access to basic content such as live news and blogs, standard membership, which opens up involvement in discussions, events and webinars, or premium membership, which enables users to access additional features such as hosting blog content and posting and pitching for new business.

Henry Tapper, who remains involved as chairman and commentator, said: “The pensions industry has undergone huge change since Pension Playpen first launched in 2013, so the time was right for us to pause and consider how we could keep adding maximum value for members.

“It’s particularly exciting to have the backing of such experienced and influential figures this time around – we look forward to working with them on new ways of sparking debate and getting the whole industry involved with building a better pensions industry for the generations to come.”