Register for Financial Planning Today website for FREE to view more stories and get our daily newsletters. Click on 2 stories to see Registration pop up.
Friday, 16 July 2021 08:00 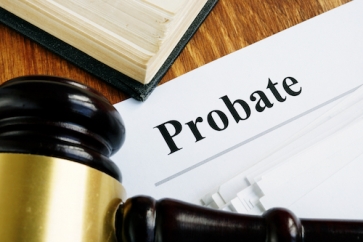 Probate fees are set to rise

The Government has released a consultation into measures that will see probate fees increase from £155 for probate professionals and £215 for individuals to a flat rate of £273 for all applicants.

Plans to increase probate fees up to potentially £6,000 and base them on the value of an estate look to have been dropped.

Estates worth less than £5,000 will continue to attract no fee.

The proposed rise comes despite reported continued and often significant delays caused by mistakes made by the Probate Registry.

There have been many complaints by probate professionals about the issues with the new portal. The portal requires a code from HM Courts & Tribunals Service, which can take up to 30 minutes to arrive, and according to professional services firm Kreston Reeves it is increasingly difficult to speak to staff at the Probate Registry.

The Government has closed many of the local Probate Registry offices and, according to Kreston Reeves, their staff are often not as knowledgeable about probate matters as they used to be.

There have been many reported instances of probate applications being mislaid or grants of probate containing mistakes in their wording, meaning that they have had to be returned which can result in significant delays.

Simple probate applications are currently taking around eight weeks to process but if inheritance tax is due or on complex estates, Kreston Reeves has waited for up to six months for probate to come through. Before the online portal was introduced, probate was usually granted within two or three weeks of submitting an application.

Simon Levine, a solicitor and director of Legal Services at Kreston Reeves, said he does not expect there to be much opposition to the increase in fees.

The consultation closes on 23 September 2021 and it is proposed that the new fee structure will be introduced early in 2022.