Space tech trust gets off the launchpad 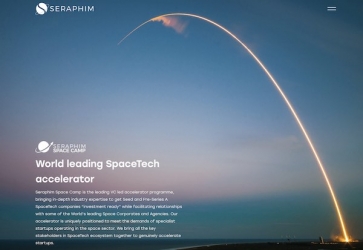 An investment trust which will invest in space technology has been launched with an Initial Public Offering and has begun trading on the London Stock Exchange.

The Seraphim Space Investment Trust plc is a newly-established, closed-ended investment company which has raised £178m through its IPO to invest in space technology.

Managers say it will invest in a portfolio of early and growth stage space tech businesses, including satellite technology and potentially human space flight.

Other areas eventually could include drones managed from space, flying taxis, driverless cars and other new technology.

The company forecasts space tech to become a $1trillion market and promises to move the industry from “science fiction to science fact.”

The company claims to be the world's first dedicated venture fund for space and drone tech startups.

The company’s prospectus says: “We’re backing the fearless ones, the rule breakers, the mavericks. These are the pioneering entrepreneurs we seek out. We discover and invest in game changers who are pushing the boundaries of what can be achieved and reshaping our world for the better.”

The entire issued ordinary share capital of the trust, comprising 178m shares, was admitted to the official list of the FCA and to trading on the London Stock Exchange’s main market for listed securities under the ticker “SSIT.”

Shares were trading today around 105p, having launched last week at 100p.

“Space is the final investment frontier but our team has boldly invested where virtually no one has invested before and proved that there are returns out there above the atmosphere. With the industrial revolution now underway in space, the opportunities can only grow and I am confident this investment trust will grow with them.”

Tweet
This page is available to subscribers. Click here to sign in or get access.
Published in Articles
Tagged under
More in this category: « LEBC’s Ingram quits to pursue media career Experienced trio launches new wealth manager   »
back to top