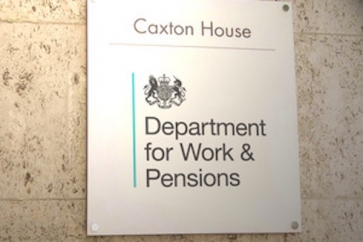 The Parliamentary and Health Ombudsman has accused the Department for Work and Pensions (DWP) of failing to provide accurate, adequate, and timely information about changes to the State Pension age for women.

The findings of the ombudsman’s review into the communication of women’s State Pension increases published yesterday could open the floodgates for affected women being compensated by the Government.

The investigation probed complaints that since 1995 and found that the DWP did not adequately respond to research in 2004 which recommended information should be “appropriately targeted”. By continuing to continue as it was rather than tailoring information the ombudsman said the DWP “failed at this point to ‘get it right’ and ‘seek continuous improvement’” and added that this amounted to “maladministration.”

The ombudsman also said that if the DWP had made a reasonable decision in August 2005 and then acted promptly, it would have written to affected women to tell them about changes to their State Pension age by, at the latest, December 2006. This is 28 months earlier than DWP actually wrote to them. It follows that these women should have had at least 28 months’ more individual notice of the changes than they got. The ombudsman said this deprived women of the opportunity to adjust their retirement plans.

The ombudsman concluded that information provided between 1995 and 2004 did meet the standard the ombudsman expected.

Tom Selby, senior analyst at investment platform AJ Bell, said it seems unlikely that the millions of women affected are unlikely to see any compensation in full.

He said: “The WASPI nest will undoubtedly be poked once again by this Ombudsman ruling. Millions of women were affected by increases in their state pension age originally put forward in the 1995 Pensions Act.

“It was reasonable for these women to expect the Government to provide as much information as possible to communicate changes which would have such a profound impact on their retirement plans.

“While the Ombudsman found the information provided between 1995 and 2004 was accurate and of a reasonable standard, those affected have every right to be angry that evidence provided to the DWP in 2004 that improvements to communications could be made was not acted on swiftly.

“What we still don’t know is what, if any, compensation will be provided to women as a result of this finding. The Ombudsman now plans to look at the impact this injustice had, which will undoubtedly lead to more pressure for a resolution.

“Given the parlous state of UK finances, calls in some quarters to compensate women affected in full – which could amount to six years of state pension payments - are likely to fall on deaf ears.”