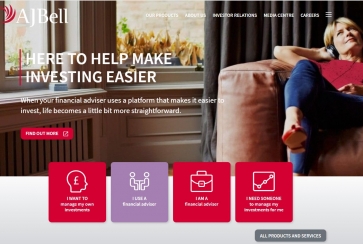 Billy Mckay will take over from current managing director Fergus Lyons at the start of October.

Mr Mckay will take over from current managing director Fergus Lyons at the start of October. Mr Lyons will move into an advisory role to oversee and support the development of simplified adviser platform Touch by AJ Bell.

AJ Bell announced the launch of the app-based platform in May. Pricing has yet to be announced with a soft launch scheduled for before the end of the year.

Touch by AJ Bell will be a “simplified platform” for financial advisers delivered to clients via a mobile and table app. It will sit alongside and complement AJ Bell Investcentre and the development will continue to be led by Dave Tanner as managing director.

Andy Bell, chief executive of AJ Bell, said: “Billy has been an integral part of AJ Bell Investcentre’s growth over the past 13 years and will be familiar to many adviser firms. This appointment is part of a long-planned succession strategy and is a natural step for Billy and the business.

“I’d like to take this opportunity to thank Fergus for the huge contribution he has made to the growth of AJ Bell over the past 21 years and I’m looking forward to continuing to work with him on the launch and development of Touch by AJ Bell.”