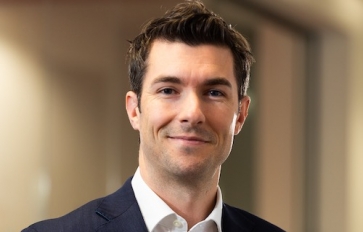 He will take up the new position on 1 October.

He has been chief financial officer since 2011 and is currently responsible for the company’s finance and operations functions.

In his new role, Mr Summersgill will support CEO and founder Andy Bell with the development of the company’s platform and growth strategy.

In other changes at AJ Bell, Roger Stott has been appointed chief operating officer and will join the board on 1 October.  He is currently group finance director.

AJ Bell is also searching for a new CFO to join the board.

Les Platts, chair of AJ Bell, said: “These changes will further strengthen the board, both at executive and non-executive level, as the business embarks on the next phase of its long-term growth. The changes, together with the planned recruitment of a new chief financial officer, will bring greater experience and diversity to the board.”

Andy Bell, chief executive of AJ Bell, said: “Our business is growing quickly and there are exciting opportunities to take advantage of in the investment platform market. It is important that we have the resources and expertise within the business to support this growth and that includes the Board.

"I am as enthusiastic as I have ever been about the prospects for the business and I am looking forward to working with Michael, Roger, Margaret and the rest of the team as we embark on our next phase of growth.”

More in this category: « Record jump in CPI from 2% to 3.2% John Lewis chooses Nutmeg for digital financial launch »
back to top