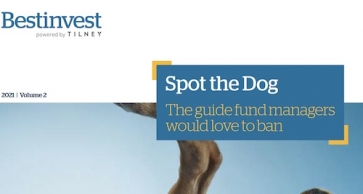 The number of poorly-performing investment funds ‘named and shamed’ by Bestinvest’s ‘Spot The Dog’ report has halved over the past 6 months from 150 down to 77.

A recovery in global stock markets over the past half year has help many funds exit the 'underperformance' kennel.

Despite this improvement the new report has revealed that £29.5bn of investors' money still languishes in dismally performing funds.

The latest list of ‘dog funds’ includes a number of large funds each holding over £1bn in investor’s funds, including offerings from major fund managers such as HBOS, Scottish Widows, St. James’s Place, Fidelity and ABRDN (formerly Aberdeen Standard).

Bestinvest says leading the “hall of shame” is Lloyds Banking Group-owned HBOS with £6.85 billion in five funds. It has displaced Invesco from its position as worst performer among large groups.

Invesco still has £5bn in three dog funds but overall performance is improving after a shake-up. St James’s Place has £3.92b in four poor performing funds and Scottish Widows has £2.73bn in four funds. 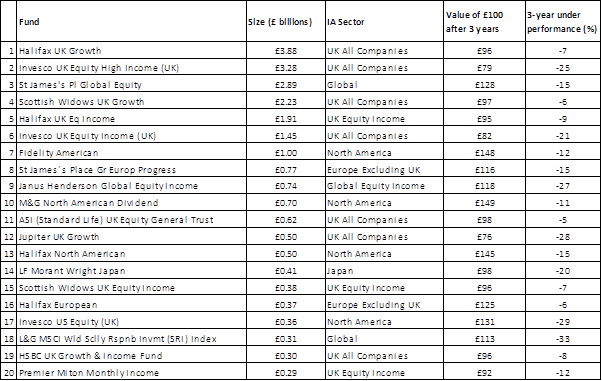 The sector with the highest proportion of dog funds was North America, where 22% of funds met the criteria used. Very few smaller companies' funds were identified as dogs – including none investing in the UK, North America, Europe and Japan.

Bestinvest says its report, published every six months, is designed to shine a spotlight on under-performing funds and help investors sit up and take action.

The report analyses funds investing in equities with a minimum track record of at least three years. Earning a place in Bestinvest’s 'investment kennel' requires a fund to have met some a number of criteria. It must have delivered a worse return than the market it invests in for each one of the last three 12-month periods on the trot (periods to 30 June 2021, 2020 and 2019 in this edition). These are seen as consistent under-achievers. A fund must also have underperformed the returns delivered by the market that it invests in by more than 5% over the entire three-year period under review.

However, in the UK All Companies sector just 9 dog funds were uncovered. Other areas where few dog funds appear were Global Emerging Market funds (2 funds) and Japan and Asia (excluding Japan) sectors, both of which had 4 dog funds each. Across all sectors, very few funds focused on smaller companies were found. 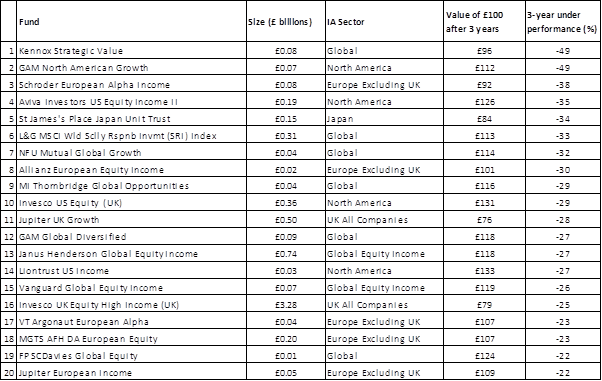 Jason Hollands, managing director at Bestinvest, said: “Since the Coronavirus crash in early 2020, equity markets around the globe have bounced back sharply, delivered impressive returns buoyed by ultra-low interest rates, massive stimulus programmes and optimism fuelled by the discovery and roll-out of vaccines.

“This has pretty much lifted all ships with the tide – so to speak – so even funds that have failed to keep pace with the surge in markets have often deliver seemingly good returns, though 21 of the funds in Spot the Dog did deliver actual losses over the last three years.”

• The full report is available at www.bestinvest.co.uk/spot-the-dog