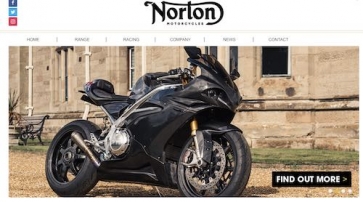 A former owner of the famous Norton Motorcycles company is to be prosecuted for allegedly illegally investing money in the business from three pension schemes for which he was the sole trustee.

He is accused of illegally investing more than 5% of assets from each of three pension scheme into his business, Norton Motorcycle Holdings Ltd.

The alleged offences are in relation to three Defined Contribution schemes: Dominator 2012, Commando 2012 and Donnington MC which have a total of 227 scheme members.

The investments, which were made in return for preference shares, were made between 2012 and 2013.

The Pensions Regulator, which is carrying out the prosecution, says the breaches related to Regulation 12(2) of the Occupational Pension Schemes (Investment) Regulations 2005. This makes it a criminal offence to invest more than 5% of the current market value of scheme resources in ERIs.

Mr Garner has been summoned to appear at Derby Magistrates’ Court on 15 November charged with three separate ERI offences under section 40(5) of the Pensions Act 1995 – one in relation to each scheme.

More in this category: « Number of ‘dog’ funds halves in 6 months  Hundreds of sixth formers pass CISI exams »
back to top