Register for Financial Planning Today website for FREE to view more stories and get our daily newsletters. Click on 2 stories to see Registration pop up.
Tuesday, 07 September 2021 07:54

Nucleus CEO Ferguson to step down 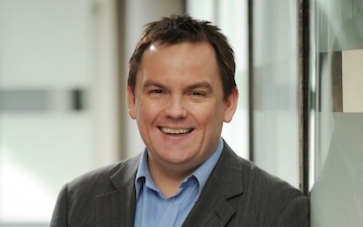 David Ferguson, CEO and founder of adviser platform Nucleus, is to step down from the company following its takeover by rival James Hay.

James Hay, which is acquiring the business for £145m, will also adopt the Nucleus name for the whole of the combined group and drop the James Hay name and brand.

James Hay says that Mr Ferguson will leave the company after a handover period and will stand down from the board with immediate effect.

Richard Rowney, group CEO of James Hay, will take over day-to-day responsibility for the leadership of the enlarged group, comprising both Nucleus and James Hay.

The merged group will have about £47bn of Assets Under Administration and now claims to be one of the largest adviser platform providers in the UK.

The company says its greater scale will allow for more investment in technology, products, and service.

In early August six Nucleus directors stood down from the company today as the takeover of the business by James Hay was completed. The non-executive directors of Nucleus standing down were: Tracey Dunley-Owen, Margaret Hassall, John Levin, Jonathan Polin, Angus Samuels and Alfio Tagliabue.

The acquisition of Nucleus by James Hay received regulatory approval in the summer.

James Hay says the Nucleus and James Hay platforms will continue to operate separately for the “immediate future” and there is no change to operations or services for the time being.

The company is launching a strategic review to help shape the creation of what it calls a “leading Financial Planning and retirement-focused adviser platform.”

Nucleus will continue to offer a range of tax wrappers along with a SIPP with enhanced drawdown capability.

The company says that after “extensive consideration” and in recognition of Nucleus’ brand with advisers in the UK platform market, the company will switch to using the Nucleus name in future for the group’s combined future platform proposition for advisers. The move will also come with a rebrand.

Mr Rowney will take on the responsibilities of David Ferguson, Nucleus' departing CEO who has decided to move on and pursue other opportunities.

Mr Rowney will be supported by Richard Warner as chief operating officer. He joined James Hay in November 2020 and had a 21-year career at Accenture. He was previously COO at LV=.

Alex Kovach will become chief commercial officer after joining from interactive investor last year. His current distribution, marketing and product development responsibilities will extend to include the whole group, including those areas previously covered by Barry Neilson, the former Nucleus chief customer officer who is leaving.

CEO Richard Rowney said: “We remain very excited by the combination of these two great businesses and are fully focused on taking the best of both firms forward as we create the leading retirement-focused adviser platform. The skills and talent within these organisations, combined with the significant scale of our combined group will enable greater investment in products, price and service, and ultimately meet the developing needs of advisers and their clients.

“Today’s announcement is a significant milestone, enabling us to harness what is best from both businesses, on behalf of our customers. I would like to reiterate our great respect and admiration for what David Ferguson has achieved as a founder of Nucleus, and on behalf of everyone I would like to wish him all the very best for the future.”

Nucleus Founder David Ferguson added: “It’s 23 years since we started work on a collection of ideas that eventually led to the near £20bn platform that Nucleus is today. We aimed to create something that was truly collaborative, and it was my privilege to do this with some of the most talented people in the industry.

"I hope we’ve been able to make a contribution towards the positive changes in the profession over the years, and with the company now becoming a key part of a much bigger picture with James Hay, it feels like the right time for me to move on and consider a new challenge. I hand over to Richard and wish him, his leadership team and all my colleagues, new and old, best wishes for the future.”