8 in 10 clueless about spouse’s pensions 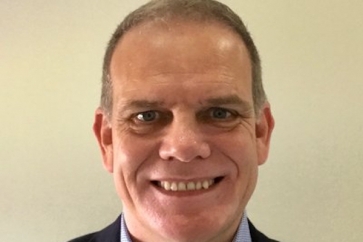 Over 15m (78%) non-retired, married people have no idea about the value of their spouse’s pensions, according to a new report.

Almost half (47%) of non-retired married people have not spoken to their spouse about retirement plans, according to the report from pension and protection provider LV=.

The majority (85%) of non-retired married people surveyed for the LV= Wealth and Wellbeing Monitor survey of over 4,000 UK adults said they were not aware of the tax efficiencies of planning retirement together.

Mass affluent adults (those with assets between £100,000 and £500,000 excluding property) were more likely than average to be aware of the value of their spouse’s pension, but the majority (60%) did not intend to plan their retirement finances with their spouse and 78% were not aware of the benefits of planning retirement together.

Clive Bolton, managing director of savings and retirement at LV=, encouraged married couples to consult a financial adviser. He said: “LV=’s research indicates that millions of married people are not talking to their partners about their pensions and retirement plans. That’s a mistake because couples who jointly plan their retirement can be much better off when they stop working.

“The best way for people to ensure they have the retirement they want, their pension income lasts throughout their retirement and that they avoid unnecessary tax bills is to consult a financial adviser. This is especially true for people who plan to retire within the next five years.”

He added that it is important for both partners and financial advisers to be aware of all pensions held as data protection rules mean the financial adviser will not necessarily be aware of any pensions held in the event of a client’s death due to data protection rules, despite some clients assuming they would automatically have access to all pension information.

More in this category: « Tavistock hits £1.23m profit as performance turns around FCA warns firms against use of digital tokens »
back to top