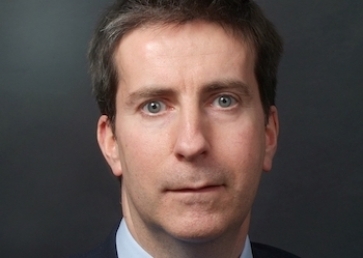 The increase in NI will come through the addition of a new health and social care levy.

Mr McCann, a Chartered Financial Planner at NFU Mutual, believes that salary sacrifice (switching salary into pension savings to reduce NI) will become much more worthwhile for employers and employees in future.

Next tax year, employers must pay 15.05% National Insurance Contributions compared to 13.8% this year. Employees must pay a 13.25% main rate rather than 12%.

Mr McCann said: “The hike in National Insurance makes salary sacrifice pensions even more attractive for both employees and employers. Employees do not pay income tax or NICs on employer pension contributions and those employers using salary sacrifice will also be making bigger savings from April next year.

“There are some potential drawbacks for employees. Taking a lower salary can impact the amount a mortgage lender may be prepared to lend, and the amount of maternity pay and other benefits they receive. It’s important that employers and employees take advice so they’re aware of the potential savings available to them.”

By saving more into workplace pensions, both employers and employees could save more money when the changes come into effect from April.

The Prime Minister announced rises to dividend and share tax and a rise in National Insurance from April 2022 on Tuesday to tackle the funding crisis in the health and social care system. The changes were approved by MPs following a vote yesterday.

Share and dividend income tax will rise by 1.25% to, “ask better of business owners and investors to make a fair contribution”, according to Prime Minister Boris Johnson in a speech to the House of Commons.

Addressing MPs in the House of Commons on Tuesday, the Prime Minister said that National Insurance will rise 1.25% to include a new health and social care levy in order to “share the cost between businesses and individuals”.

Workers of pension age who are still in employment will also have to pay the new health and social care levy levy, despite previously being exempt from National Insurance payments after reaching state pension age.

For those entering care from October 2023, no-one will pay more than £86,000 on social care over their lifetime. The Government will step in and pay any social care bills beyond this cap. The Prime Minister also said that he is working with the financial services industry to allow people to insure themselves up to the £86,000 cap.

Financial Planners have told Financial Planning today that whilst there is clearly a need for social care reform, they are disappointed with the Prime Minister's announcement.

More in this category: « Revenue jumps at Curtis Banks but profits flat UK tops 10-nation poll for Financial Planner usage »
back to top