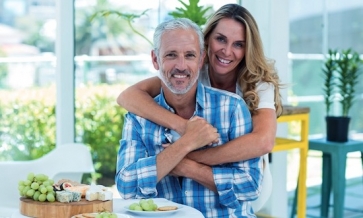 Savings for retirement is key for UK well off clients

Affluent to ultra-high-net worth investors in the UK were the most likely to use a Financial Planner among 10 leading nations surveyed for a new report.

The study found that 29% of better off clients in the UK used planners.

Only 10% said they took an aggressive approach to risk – the lowest of any nation surveyed.

At the other end of the scale, almost half (45%) of respondents in China said they were aggressive in terms of risk, with just 19% saying they were conservative.

The survey was carried out by fintech Avaloq. Avaloq surveyed 1,430 affluent-to-UHNW investors with at least $250,000 (£180,00) in investable assets in May 2021. The markets surveyed were Switzerland, Germany, France, the United Kingdom, China, Hong Kong, Singapore, Japan, Australia and India.

Despite a high number of UK respondents stating they had a low-risk approach to investing, almost a quarter (23%) said they have exposure to cryptocurrencies in their portfolios. The UK figure was in the middle in terms of respondents from other countries, with wealthy investors in India the most invested in cryptocurrencies (49%).

The primary reason given for saving and investing by UK respondents, cited by two thirds, was for retirement. Retirement was ranked far higher than other reasons, such as future healthcare costs (35%) and entrepreneurial activities (17%).

UK investors had one of the highest allocations to investment funds (56%). Use of ETFs was the lowest of any nation at just 11%. Over half (53%) said they held investments in cash.

One in 10 investors in the UK used a robo-adviser.

John Wilson, managing director of the UK and Ireland at Avaloq, said: “We believe that our study underscores the opportunities for wealth managers and other investment professionals in the UK, particularly when it comes to appropriate risk profiling, portfolio diversification and allocation to products such as ETFs. The clear interest in cryptocurrencies should also be seen, we firmly believe, as a strong opportunity for financial institutions to expand their service offerings.”

More in this category: « NI increase will boost pension savings predicts Planner Robo teams up with wealth manager for low cost launch »
back to top