Register for Financial Planning Today website to get our daily newsletters. Click on 2 stories to see the Registration pop up.
Tuesday, 14 September 2021 08:42 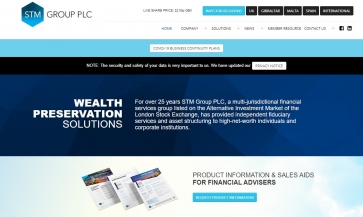 STM Group, the international financial services provider which owns SIPP firm Carey Pensions, has reported a drop in revenue and profit for the first six months of the year.

Recurring revenue remained the main strength of the business for the first half of 2020, representing 88% of the group’s reported revenue.

However, the firm announced an interim dividend of 0.60p per share, a rise on the 0.55p per share dividend paid in the first half of 2020.

The firm has been undergoing a “simplification” exercise following a tough 18 months, it says.

STM delayed its 2020 results, originally due in April, following discussions with its auditors after the pivotal Adams v Carey court judgment.

In its half year results announcement the firm said that three of four IT projects the firm was working on have now gone live. The firm said this will improve operating margins.

The group said that its Berkeley Burke acquisition completed in August 2020 is now fully integrated and “delivering the profit that was anticipated."

The firm said that acquisitions were a “core pillar” of its growth strategy and it expects to make more in the future.

The firm has been undergoing a review of its structure which has included that sale of two businesses to allow the group to focus on its core activities.

Alan Kentish, CEO at STM, said: “The simplification of our overall group structure and our business lines remains a focus of the Plc board, and we are pleased to be able to state that we have now exited the trust and corporate services sector, having found good homes for both the Gibraltar and Jersey clients and colleagues. The Berkeley Burke acquisition of August last year is now fully integrated and delivering the profit that was anticipated.

“There continues to be a strong appetite for further acquisitions as a key pillar for revenue and profit growth, to sit alongside the organic growth opportunities. “

STM has partially returned to the office with a “hybrid” working model.