56% of non-retirees worried about pension shortfall 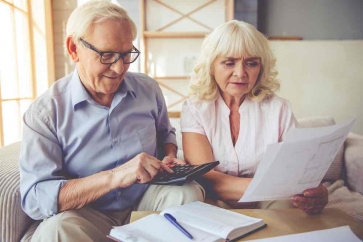 Many non-retirees are worried about not saving enough

Over half of non-retirees (56%) are worried that they are failing to save enough for retirement.

Only one in five (21%) were confident that the amount they are saving into a pension is enough to let them live the “lifestyle they want” when they stop working.

According to new research from trade body the Pensions and Lifetime Savings Association - released this week to mark Pension Awareness Week - well over half of non-retirees with a pension are worried that they are not saving enough for retirement.

Despite the concerns, three-quarters (75%) of non-retirees believe they could save extra into their pension, with the average additional contribution being £68 per month.

Worryingly, almost half of non-retirees (46%) were unable to identify how much per year they believe retirees receive from their state pension.

The survey forms part of activity by the PLSA for Pensions Awareness Week this week to help savers better understand their pensions and dispel some of the myths about retirement saving.

The main type of pension held among non-retirees now is a workplace defined contribution pension (42%), especially among the younger age groups (41% of 18-34 year olds and 46% of 35-54 year olds). Some 17% have a defined benefit pension and 16% a personal pension.

However, while Automatic Enrolment has been a success, the PLSA says that a quarter of those surveyed stated that they still do not have a pension (25%), while 5% do not know if they have a pension or not.

One in five non-retirees say they are currently not paying into any pension (20%).

Nigel Peaple, director policy & advocacy, PLSA, said: “It is striking that so many people do not yet know the basic elements of pension saving, such as how much the State Pension is worth, how much they need to save, and the choices they must make about how to draw their pension at retirement."

• 2,075 people took part in the nationally representative survey, carried out by Yonder Consulting. The survey took place between 25 August to 26 August.

More in this category: « Only 4 in 10 plan to invest excess pandemic cash Exclusive: Support staff shortage hits Planner firms »
back to top