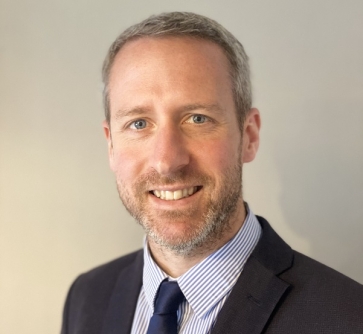 A Financial Planner has told Financial Planning Today he believes the State Pension could be under threat of means-testing following the Government's decision to suspend the pensions triple lock for a year.

Scott Palmer, Chartered Financial Planner at Walker Crips, said that he was concerned after hearing industry rumours that State Pension reforms could include the State Pension becoming means-tested.

He said: “It is not a secret that the State Pension needs reform. One thing I have heard whispered in circles is that the State Pension could become means-tested in the future. This seems quite a radical move and whether or not a sitting government would be brave enough to make such a move remains to be seen.”

The Government has made no announcement about means-testing, a move that could result in better off pensioners having their state pension reduced while poorer pensioners could get more.

The Government recently announced that it has chosen to suspend the pensions triple lock this year. This means that the State Pension increase this year will be the higher of 2.5% or inflation.

Mr Palmer said the suspension of the triple lock feels as though pensioners have been blow with the UK the third worst country in the world for State Pension generosity.

He said: “It does feel as though pensioners have been dealt a harsh hand when many lived and worked through some pretty bleak periods in previous decades, and especially when the State Pension Age suffered increases in recent years. This hits home more when you consider research conducted last year by Joseph Rowntree Foundation, the anti-poverty charity, found that the full State Pension of £9,339.20 per annum (£179.60 per week) falls some £1,373 a year below the Minimum Income Standard required for a single pensioner.

“The Government will be hoping that a move back to the triple lock will appease pensioners somewhat, especially as the next election draws closer, and would be the right move as a bare minimum in my opinion. This would represent one promise they might keep to, although their recent track record of keeping promises makes for painful reading.”

On the positive side, Mr Palmer does not believe the suspension of the triple lock will have too much effect on the clients of Financial Planners due to those with a Financial Planner having  planned their finances carefully for retirement.

He said: “Most clients are unlikely to suffer extensively as they already planned their finances carefully for the day they stopped working to allow them to live a more comfortable lifestyle in retirement. One of the clear benefits of having a financial adviser is being more switched on to creating a structured financial plan, allowing clients to rely less on the State Pension to maintain their living standards, although it does provide a significant amount towards attaining a basic standard of living."

More in this category: « Families 'overpaid' £280m IHT on insurance payouts Fear of losses holding back potential investors »
back to top