Register for Financial Planning Today website to get our daily newsletters. Click on 2 stories to see the Registration pop up.
Wednesday, 15 September 2021 07:06 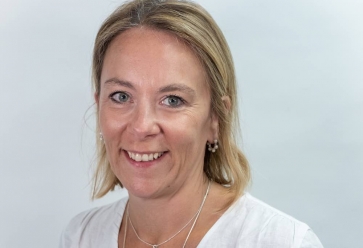 The directors of the PFS have re-elected Sarah Lord as President of the Personal Finance Society for a second term as debate on the future of the professional body goes on.

Parent body the Chartered Insurance Institute wants to deregister the PFS (remove its separate company status) to effectively merge the autonomous body with the CII.

The CII has already removed the role of PFS CEO, held by Keith Richards for many years, and is consulting the CII and PFS memberships on the future direction of the organisations.

In a recent exclusive interview with Financial Planning Today, CII CEO Sian Fisher apologised for errors in communicating the PFS deregistration plans and said all changes were on hold until a full consultation with members takes place this autumn. Any deregistration plans are likely to be paused until at least early next year.

Several PFS Past Presidents have voiced strong opposition to the PFS deregistration plans and dialogue between PFS members and the CII on the future shape and direction of the PFS continues.

Ms Lord, who was unanimously re-elected by the Personal Finance Society’s directors at the PFS AGM this week, reassured members that no decision will be taken on the future of the PFS until the CII consults with members on its future strategy.

She told members attending the virtual AGM: “I want to assure you that the PFS Board is having ongoing discussions with the CII, and no decisions have been made, nor will they be made without hearing from you, our members, via the CII group’s consultation.

“What the last 18 months has proved is we are a profession which can find solutions to any problems we face, we can act quickly, we can act decisively – and that will continue to be the way in which we operate - both as a profession and as a society.”

She also thanked former PFS CEO Keith Richards whose role was made redundant and replaced with a Chief Marketing Office for the CII earlier this year.

She said: “I would also like to thank Keith Richards, who stood down as our society’s chief executive in June after eight years. The commitment which Keith made to leading the PFS and the success he achieved cannot be understated. His legacy is a strong and healthy society that is well positioned to capitalise on the opportunities of the future."

Ms Lord’s has worked in the profession for 20 years and her most recent role was that of chief client officer for Succession Wealth. Prior to joining Succession, she was a partner at Mazars, and before that she was a partner at Killik & Co, heading the wealth planning operation in the UK and the Middle East.

She is both a Fellow of the Personal Finance Society and Chartered Wealth Manager of the CISI.

Vanessa Barnes will act as an additional Vice President.

More in this category: « Fear of losses holding back potential investors Fintel sells fund arm to Tatton in partnership deal »
back to top