Register for Financial Planning Today website to get our daily newsletters. Click on 2 stories to see the Registration pop up.
Wednesday, 22 September 2021 10:40 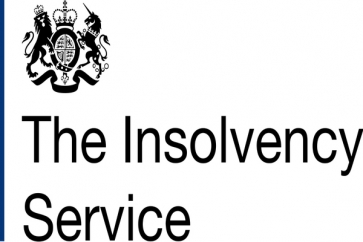 A father and son duo behind a failed SIPP firm - which saw investors hand over nearly £92m - have been banned as directors after repaying themselves over £1.3m ahead of creditors.

The pair have been disqualified for a total of 12 years after benefitting from nearly £1.37 million while ignoring creditors, the government’s Insolvency Service has reported.

One of the failed SIPP schemes they were involved with offered investments in Costa Rican forestry plantations.

Victims were offered 'free pension reviews' and encouraged to transfer their pensions into high risk SIPPs.

Craig Lummis (62) and his son, Lee Lummis (37), were each given 6-year directorship disqualifications by His Honour Judge Halliwell in the High Court in Manchester in August.

From 17 September, the father and son cannot be involved in the promotion, formation or management of a company without the permission of the court.

The court heard that their firm, Avacade Limited, was incorporated in January 2010 and traded as Avacade Investment Options.

Avacade went into liquidation in November 2015, sparking an investigation by the Insolvency Service.

The Court ruled that from 1 August 2014 Avacade had ceased trading and was, or soon would be, insolvent.

The Insolvency Service said Craig and Lee Lumis had a duty to act in the interests of Avacade’s creditors but their conduct, “fell below the standards expected.”

The father and son also sold Avacade’s client database to a connected company for more than £150,000 when they most likely knew the company was insolvent. Instead of the company receiving the payment for the database, just over £75,000 was deducted from Craig and Lee’s loan accounts.

Investigators also discovered that between August 2014 and May 2015, Avacade collected commission worth more than £1.6m. Craig and Lee Lummis received £647,000 each to reduce their director’s loan accounts.

Rob Clarke, chief investigator of the Insolvency Service, said: “It’s clear that directors must treat all creditors fairly when they know their company is insolvent. Craig and Lee Lummis totally disregarded their duties by ignoring the ongoing investigation into the tax planning scheme and ensuring they benefitted personally from Avacade’s only assets.

“This failing led to them each being banned from acting as a director for a significant period of time and should serve as a warning to other directors who follow a similar path.”

Separately, in August the Court of Appeal upheld findings of breaches against illegal pension introducers Alexandra Associates (UK) Limited trading as Avacade Future Solutions (AA), and Craig and Lee Lummis in a case brought by the Financial Conduct Authority.

The FCA is taking steps to recover over £10.7m in compensation from Avacade, Alexandra Associates and its directors.

The FCA alleged that Avacade Limited and connected parties engaged in arranging and promoting investments without FCA authorisation and made "false and misleading" statements to investors which induced them to transfer their pensions into SIPPs and then into alternative investments such as HotPods (office space for rent), tree plantations and Brazilian property developments.

More in this category: « 134,000 state pensioners underpaid by £1bn Pandemic fuels rise in protection insurance interest   »
back to top