Register for Financial Planning Today website for FREE to view more stories and get our daily newsletters. Click on 2 stories to see Registration pop up.
Tuesday, 28 September 2021 08:33 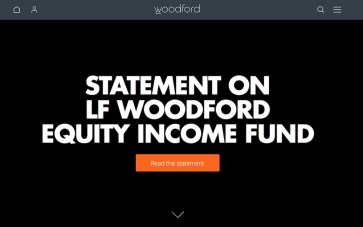 Woodford statement from 2019 when the fund collapsed

The firm has issued a claim on behalf of an initial group of 100 WEIF investors to try to begin action to recover their losses.

Link has informed Leigh Day it will defend the claims vigorously.

Leigh Day says the case has reached a stage where the legal team for the investors feel it has become necessary to issue proceedings to trigger a court timetable.

Leigh Day says it is currently instructed by more than 11,000 claimants.

The firm will be issuing proceedings on a rolling basis for all of its clients, it says.

It will seek to consolidate the claims under a group litigation order, where the risks, costs and benefits of the group action can be shared by all the claimants involved.

Boz Michalowska, partner at law firm Leigh Day, said: “This is a big step forward in the legal action which we hope will allow investors of the Woodford Equity Income Fund to get justice and their hard-earned pensions and savings returned to them.”

The legal action brought on behalf of investors by Leigh Day is against Link as the fund’s authorised corporate director, which oversaw the WEIF on behalf of those individuals who invested in the fund.

The claims made by Leigh Day on behalf of investors are that Link was in breach of FCA rules in the way it managed and monitored the fund, and this ultimately led to the fund’s collapse, causing ordinary investors loss and damage.

Cliff Weight, Woodford campaign director at shareholders’ society ShareSoc, said: “This is a huge step forward in getting compensation for the many thousands of unfortunates who lost money in Woodford’s WEIF funds. Leigh Day’s issuing of proceedings is a big milestone.”

The Woodford Equity Income Fund collapsed in 2019 leaving 270,000 investors adrift although Link has since repaid some money to investors as fund assets have been sold off.