Register for Financial Planning Today website to get our daily newsletters. Click on 2 stories to see the Registration pop up.
Wednesday, 29 September 2021 08:47 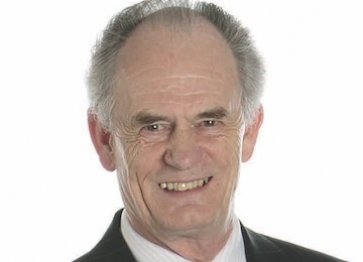 Fintel’s new chairman Gary Hughes has stepped down for personal reasons after only six months in the role, with former chairman and founder Ken Davy returning as interim chairman.

The company, formerly known as SimplyBiz, is now looking for a permanent replacement for Mr Hughes.

In April, industry veteran and company founder Ken Davy stepped down as chairman to become deputy chairman, paving the way for Gary Hughes to take over as non-executive chairman. Mr Hughes had served on the Fintel board for two years.

Mr Hughes will now step down from his role as chairman with "immediate effect" for personal reasons, the company said today. No further details were given.

Mr Davy said: "Gary has made a significant contribution to the development of Fintel in his relatively short time with the company, and as chairman for the past six months has helped to put us in a strong position for our future growth.  We are sorry that he is leaving us but understand his situation and wish him every success and good health in the future."

Mr Hughes said: "I'm leaving Fintel in the best shape it's ever been strategically, financially and managerially. I wish the board and the management team continuing success, and I look forward to watching the business grow in the future."

The company, which was known as SimplyBiz and also owns fintech Defaqto, rebranded from SimplyBiz to Fintel earlier this year.

Mr Davy, who also founded the DBS network and a string of other financial businesses, is one of the advice sector's best known entrepreneurs.

The company has recently said it is looking for further acquisitions after buying Defaqto.

More in this category: « Global survey ranks 4 key skills for Planners Nearly 1 in 5 retirees hit by a scam - FSCS  »
back to top