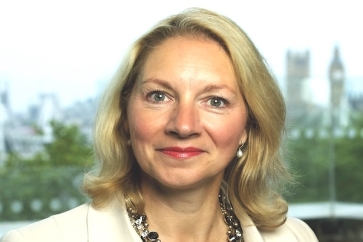 Wealth management trade association PIMFA has called for the Financial Conduct Authority and the Treasury to review the Packaged Retail and Insurance-based Investment Products (PRIIPs) regime rather than taking a “sticking plaster” approach.

Responding to the FCA’s PRIPPs consultation, PIMFA called for the regulator to take a more radical approach to the PRIIPs regime which has applied since January 2018.

PIMFA said that the FCA’s proposed “piecemeal amendments” approach to tackle the worst elements of the regime do not constitute an approach that is in the best interests of consumers or the industry.

In its latest consultation the FCA has proposed scrapping the requirement for PRIIPS providers to include performance scenarios in communications to clients. The move followed feedback from firms that current methodology can produce misleading illustrations across almost all asset classes.

The consultation is part of the regulator’s consultations on post-Brexit divergence for UK firms and the FCA plans to amend the PRIPPS rules by the end of the year with any changes made coming into effect from the start of next year.

Under current PRIIPS rules, providers must include performance scenarios in their key information documents (KIDs) with the scenarios calculated with specific methodologies which are laid-out in the PRIIPS rules.

PIMFA said that its members have raised concerns about how the PRIIPs KIDs (Key Information Documents) fail to reflect the way that most customers approach investment and that the vast bulk of PRIIP disclosure material is ignored.

It added that Brexit has provided the opportunity for the Treasury and the FCA to commit to a timeframe for a review that considers whether a PRIIPs-style approach to product disclosure, covering everything from the most vanilla of funds to the most complex derivative products, is the right one, or whether information could be provided to investors in more concise and effective ways.

While some of PIMFA’s concerns have been addressed by the FCA’s proposals, the trade association said that the industry is left to operate a, “set of requirements that are largely unworkable” and fail to provide consumers with the clear information they need.

Liz Field, chief executive of PIMFA, said: “We know the FCA does not currently have the ability to institute a root and branch reform of the PRIIPs regime, however necessary this may be, and we welcome the regulators’ recognition of the flaws of the regime, as well as indications of future action to address them.

“But that still leaves our members, and the industry at large, to operate a set of requirements that have failed to provide investors with clear, comprehensible and worthwhile disclosures since their introduction.

“Although many of the amendments proposed in the current consultation are not necessarily objectionable of themselves, they are very clearly “sticking plasters”, aimed at providing short-term relief from the most problematic elements of the regime without addressing its overall lack of cogency and effectiveness. This is why we are calling for a fundamental review of the entire PRIIPs regime as soon as possible.”

The Treasury has previously indicated that it intends to conduct a wholesale review of the disclosure regime for UK retail investors but no timeline has been provided for this review.